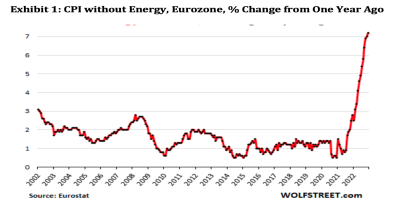 There is an old joke that the role of economic forecasters is to make astrologers look good. Forecasting GDP or inflation for the upcoming year with any degree of accuracy is virtually impossible, as there are so many chance elements (war, pestilence, famine, etc.). In my view, it is far more important to understand economic drivers.  This article will address a number of economic and financial drivers for 2023.

I see a continuation of some of the drivers I have been discussing in various articles over the past two years, namely (a) stubbornly high inflation, (b) to which Central Banks respond by keeping interest rates high or raising them further; which in turn (c) pushes most of the world into a recession (or worse, depression); (d) high interest rates and declining GDP growth strain financial markets. Let me address each of these in more detail. A  twist of war (Ukraine, etc.), climate change (hurricanes, etc) and pestilence (Covid, etc. ) may contribute to high volatility. 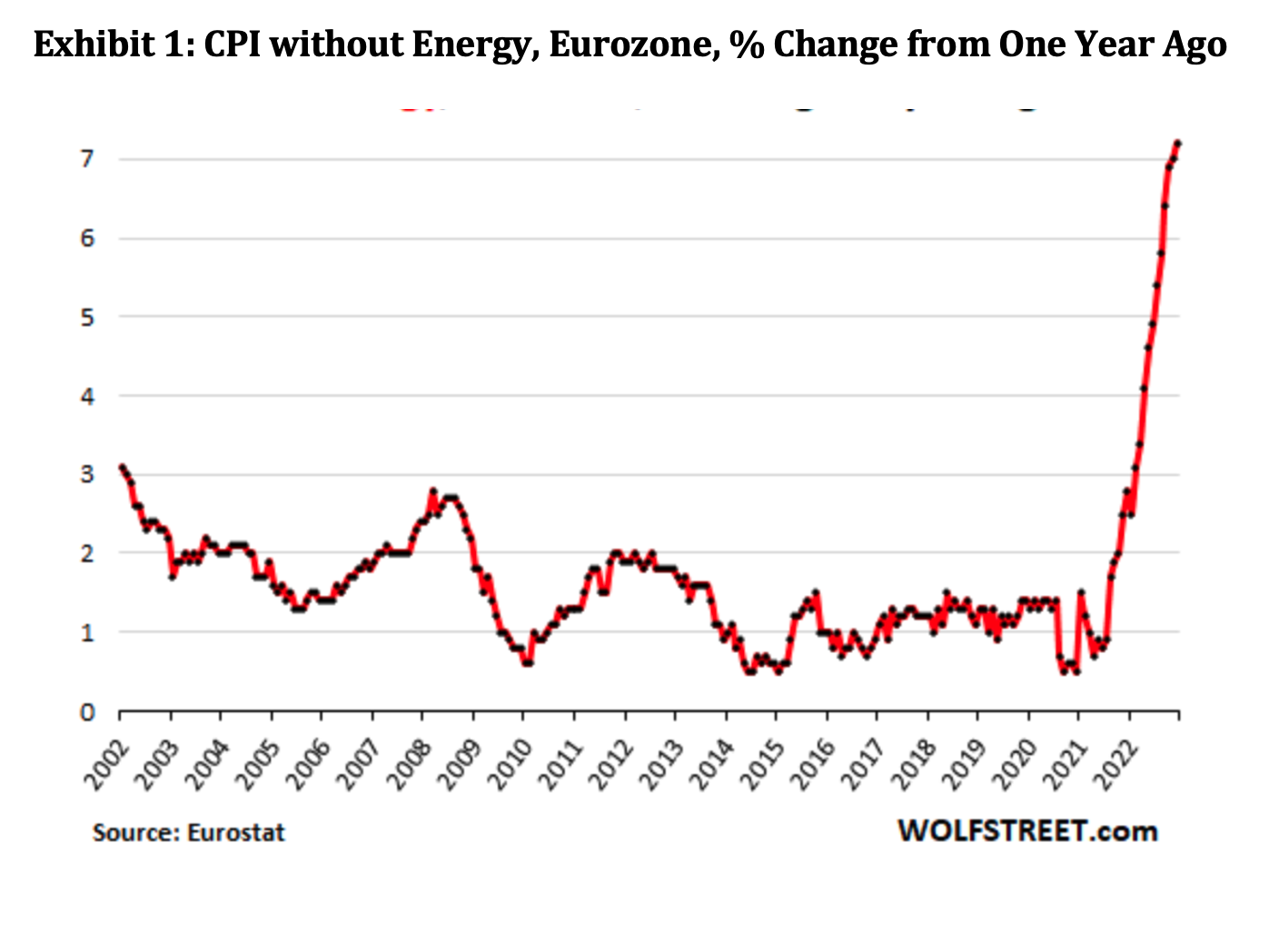 Despite energy prices having moderated in the past months, inflation is going out of control in Europe.  Negative demographics – including “the great resignation” (people falling out of the workforce far faster than normal) – mean that wage pressures are extremely high, which feed into inflation in services. We are rapidly approaching the point where inflation expectations become entrenched, possibly further accelerating inflation, but almost certainly making it much more difficult to stamp out.

While unusual seasonal warmth in most of Europe has helped moderate energy prices over the past few months, an extreme cold snap could easily swing energy prices in the other direction, further accelerating overall CPI. Europe is in a particularly hard place with respect to fighting inflation, because of exceedingly high debt levels on the periphery (Italy, etc.) and high leverage exposure of its major banks (which hold risky government debt as supposedly “safe” assets).

The US saw high inflation in 2022 despite a huge appreciation in the US dollar, a strong inflation moderating influence. The recent decline in the US dollar may now further fuel inflation, particularly if dollar devaluation continues in 2023.

The ECB has done too little, too late to raise interest rates over the past two years, and the above chart shows the result; hence for the foreseeable future European interest rates will of necessity play “catch-up”, and have nowhere to go but up.

In the US, the Fed continues to try to wipe out inflation by squeezing the economy – a strategy of “burning down the house to roast the pig,” as Economist Robert Solow calls it.

Or as Luke Groman says, “Volcker could do what Volcker did because he could break inflation before he broke the Federal Government’s fiscal position. Powell can’t.”  The national debt is several times higher today (close to 130% of GDP) than it was in Volcker’s time (in the range of 30%).

So the US Fed is likely to continue tight policy – until “something breaks” (e.g. failure of bond markets, or pension funds, etc.) When that happens, we will revert to Quantitative Easing and even larger fiscal deficits. The scale may need to be so massive that given already high debt levels, society’s confidence in fiat currencies may be shaken.

Even before “something breaks”, the world economy is already losing steam. The IMF recently warned that a third of the world may be in recession by 2023. It could be higher.

2022 saw a very rare scenario – both US equity and bond markets declining in the order of magnitude of 20% – an annus horribilis for investors, pension funds, etc, – this despite US financial markets still seeming hopeful for a soft landing. Should it become apparent that a soft landing is not possible and corporate earnings reports increasingly miss forecasts, equity markets could see a further collapse. Now that global debt levels are higher, economic fragility is greater. And of course Covid and the Ukrainian War, together with many other pressure points in the world, from Taiwan to the Middle East, tend to increase volatility.

Given such drivers, an optimistic scenario would be that equity markets move horizontally in 2023; whichever directions market move, it is unlikely to be a straight line progression.

PANNIER: A very Turkmen coup
4 days ago
OPINION: Bulgaria sets itself a tough task with Burgas-Alexandroupolis pipeline revival
7 days ago
NEMETHY: Is Ukraine War the beginning of World War III?
7 days ago
RIDDLE: The Russian army in 2023
8 days ago
‘Yesterday’s strategy won’t do’ in Europe’s approach to Iran says Carnegie analyst
13 days ago