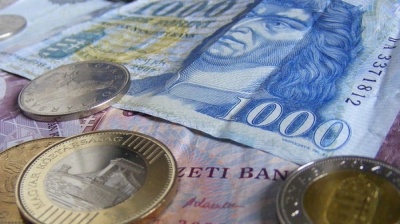 The global economy is suffering from high inflation that threatens to turn into stagflation. The cure to high prices is ... high prices. / bne IntelliNews
By Les Nemethy CEO and founder of Euro-Phoenix Financial Advisors November 15, 2022

Prices are important economic signals. High prices – whether for energy foodstuffs, etc., are signals to the world to (a) supply more; (b) substitute; or (c) conserve. And so high energy and food markets today should eventually result in lower prices.

This article will first examine how this principle may apply to energy, then to foodstuffs, and then discuss the impact on inflation.

A dramatic increase in gas prices, especially in Europe, has resulted in a glut – and temporarily negative wholesale gas prices. There are more liquefied natural gas (LNG) ships waiting to unload in Europe than available terminals. Storage tanks are pretty well full. All this is testimony to the enormous ability of economies to adapt, when markets forces are allowed to work.

And yet worldwide, in the short to medium term, I am not optimistic about the world’s ability to solve the energy crisis, nor about the prospect of lower energy prices – due to interference with markets. Some examples of market interference are discussed below:

Bringing on board new energy sources is capital intensive, whether hydrocarbon drilling, nuclear or alternative energy (building solar parks, establishing new mines, etc.). Recent increases in interest rates and cost of capital must be passed through to incentivise promoters to bring new capacity on stream.  As energy prices are always determined at the margin, this will serve to increase the cost of all energy.

My prognosis is that energy prices will remain high for at least 4-5 years, even if there is a recession, because hydrocarbon-based energy still accounts for 84% of global energy supply; alternatives appear incapable of taking up the slack sufficiently quickly and are constrained by supply of key minerals (copper, aluminium, battery metals, etc.). Bringing new gas, oil or nuclear projects on stream is capital intensive and takes at least 4-5 years.

One of the largest input costs to food is energy. Higher energy prices predestine the world to higher food prices. There are also other factors: for example, fertiliser supply has been disrupted in the world:

As of the date of this article in mid-November 2022, financial markets are breathing a collective sigh of relief at a recently announced lower-than-forecast inflation rate. This trend may be short-lived.  Energy and food are two of the largest components of inflation.

There are also lag effects – neither energy nor food price increases have been fully passed through to consumers. A few examples:

Other persistent sources of inflation:

I would argue there is no way we are likely to approach 2% inflation in the coming years, unless central banks hike interest rates enough to induce not just a recession, but a full depression.   Assuming they will not be prepared to pay this high political price: brace for high (>5%) inflation.

Gone is the era when Uzbekistan’s late president Islam Karimov was walling off his country from its immediate neighbours.

PANNIER: Uzbeks, Kyrgyz cooperating to level unthinkable 10 years ago
5 days ago
PANNIER: A very Turkmen coup
9 days ago
OPINION: Bulgaria sets itself a tough task with Burgas-Alexandroupolis pipeline revival
12 days ago
NEMETHY: Is Ukraine War the beginning of World War III?
12 days ago
RIDDLE: The Russian army in 2023
13 days ago