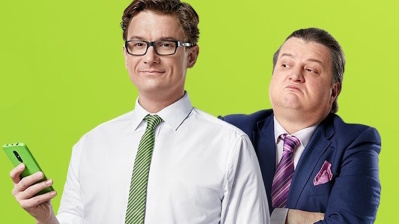 The valuation of the fast-growing Air Bank, ranked eigth in terms of banking assets, was also the reason PPF called off the deal three years ago.
By bne IntelliNews June 1, 2022

Czech investment company PPF Group announced that it has terminated a deal with Moneta Money Bank (MMB) on the acquisition of PPF's Air Bank Group, including Air Bank, Czech and Slovak Home Credit and Benxy (Zonky), citing macroeconomic changes that had "radically altered the parameters of the originally planned merger".

The decision, reportedly by PPF's incoming CEO Jiri Smejc,  ends the Czech financial group's pursuit of Moneta, which has lasted almost four years. It is the second key decision by the new CEO – who officially takes over on June 15 – after the sale of consumer credit arm Home Credit's Russian operations, announced last month.

The takeover would have created a group with  a total of around 2.5 million customers in a country of 10.7 million people, putting it in third place in terms of customers, and ranking it second in consumer finance.

Hospodarske Noviny reported that, according to an unnamed source from financial circles, PPF Financial Group director Jiri Smejc who will take over CEO post as of June 15 considers the valuation of Air Bank to be low. "The new PPF management was surprised. It was not satisfied with the parameters of the transaction," the daily quoted its source as saying. The valuation of the fast-growing Air Bank, ranked eigth in terms of banking assets, was also the reason PPF called off the deal three years ago.

According to the deal approved by Moneta's shareholders in December 2021, Moneta, ranked sixth in banking assets, had agreed to buy Air Bank Group for CZK25.9bn (€1bn) with newly issued shares, which would have given PPF a majority in the enlarged Moneta share capital.

According to PPF, the new circumstances which altered the economic parameters agreed are: the negative development of capital markets (an increase of the CNB-mandated countercyclical capital buffer from the current 0.5% to 2.5%); the accounting regulations (known as purchase price allocation), which would have a limited impact on the transaction’s execution; as well as the worsening macroeconomic and geopolitical situation, including the effects of the war in Ukraine, which increases the risks connected with asset performance.

"This rise in the countercyclical capital buffer will drastically diminish the dividend capacity planned for the merged bank and further negatively impact the attractiveness of the planned acquisition for all MMB shareholders," PPF noted.

"The current economic situation and difficulties concerning the prediction and visibility of future developments are also reducing the growth potential of the merged bank," it added.

With a 29.94% stake, PPF Group remains MMB’s largest shareholder and will reimburse expenses of over CZK100mn incurred by Moneta.

"The cancellation of the transaction could be slightly negative for Moneta’s shares in the short term since the chance of a mandatory tender offer at CZK90 was a certain anchor for investors. At the same time, at current levels, we consider the shares undervalued and the cancellation of the transaction could turn attention back to the solid fundamentals of the bank," said Milan Vanicek, Head of Research at J&T bank.

"All in all, the statements from the PPF make sense to me. Indeed, the countercyclical capital buffer rate is set to increase strongly, which in itself reduces the potential for dividend payments and thus makes an investment in Moneta shares less attractive," said Radim Dohnal, an analyst at Capitalinked.com, as quoted by the Czech News Agency.

According to him, this is good news for the Czech economy because the stock market will not lose another decent issue. "I also think a less concentrated banking market is more of an advantage for the domestic economy," he added.

In a response to the cancelled merger,  Moneta's shares lost about 5% on the Prague Stock Exchange in the following morning and ended with 2.28% in the red around midday.

In connection with the terminated negotiations, Moneta’s management reiterated its current outlook without the impact of its acquisition of Air Bank Group. The bank expects its net profit to reach at least CZK4.4bn in 2022, followed by a gradual growth to CZK5bn by 2026.

"We believe that the company’s outlook is conservative enough and can be fulfilled. Therefore, Moneta offers a very attractive dividend yield and upside potential," he added.