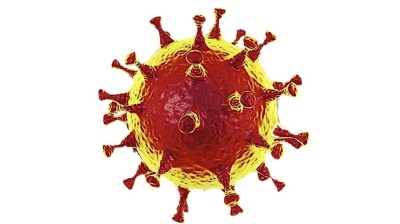 By Linas Jegelevicius in Vilnius December 12, 2020

Lithuania's incoming Health Minister Arūnas Dulkys says the new centre-right government, which took office on December 11, may kick in extra restrictions in tackling the coronavirus (COVID-19) pandemic as early as this week. According to the minister, they will be announced “very shortly” before their implementation. By contrast, the former Farmers and Greens-led government would announce them well in advance, thus allowing the public to get ready.

“Looking at the figures, we cannot afford to wait until Tuesday [December 15[ or Monday [December 14]. So I think that, depending on circumstances, we will try to start things off today. The entire cabinet is ready to work 24/7,” the minister told reporters on December 11.

Lithuania has recorded 3,067 new coronavirus cases and 29 deaths over December 10, the latest figures from the country's statistics office show.

As Lithuania registers record numbers of COVID-19 cases, medics swamped with new patients are forced to triage – to decide who gets intensive care and a chance of recovery.

The atmosphere in an intensive care unit (ICU) is akin to a military hospital, where doctors experience fatigue, burnout, and immense emotional load, according to doctor Ricardas Peldzius, which was quoted by Lithuania’s national broadcaster LRT.

A total of 86,949 people have tested positive for the coronavirus in Lithuania as of December 11. Some 49,628 people are still ill with the virus and 36,168 have recovered as of the day.

Asked whether the government would consider declaring an emergency situation, the new Lithuanian health minister suggested it would be an extreme measure, but one not to be ruled out.

An emergency situation would allow the introduction of more stringent restrictions, such as curfews.

Dulkys said the goal of the government's policy would be to bring the number of daily coronavirus cases to under 200 and the share of positive tests to under 20%.

“We have a dangerous situation right now as that figure exceeds 20%. And we will accordingly do everything for the daily case rate to stay below 200. As you know ... we had record-high days this week when that figure exceeded 3,000,” he underlined.