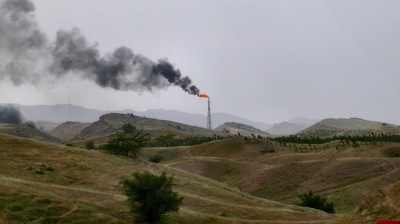 Russia has a total of 593 big fields that hold a total of 17.2bn tonnes (126bn barrels), but a third of them are not economically viable to develop
By bne IntelliNews October 9, 2019

Russian subsoil licensing agency Rosnedra has taken an inventory of Russia’s major oilfields and found that one third of them are unprofitable to develop.

Rosnedra was ordered to conduct the inventory for the government, its deputy director Orest Kasparov Vedomosti reported on October 3. Some 2,700 fields in total were assessed, with total reserves of 28.9bn tonnes (212bn barrels) of oil.

Included was a survey of big fields with more than 5mn tonnes of oil, although strategic fields that are being developed under production sharing agreements were excluded. There are a total of 593 big fields that hold a total of 17.2bn tonnes (126bn barrels), but a third of them are not economically viable to develop, says Kasparov, equivalent to 5.7bn tonnes.

Almost three-quarters of these unprofitable fields are located in Russia’s Urals district, which is also where more than 60% of the profitable ones are situated, he said.

Kasparov did not comment on how these estimates were calculated. And Rosnedra’s assessment could even be overly optimistic, Vygon Consulting analyst Daria Kozlova told Vedomosti.

“The assessment was made under a very positive macro scenario with an oil price of $70 per barrel and an exchange rate of RUB65 to the dollar,” she told the newspaper.

Furthermore, she warned that not all the reserves included in the study were technically recoverable. In fact BP, in its latest annual statistical review of world energy, estimates Russia’s recoverable-only, proven oil at only 14.6bn tonnes (107bn barrels).

Neither Russia’s energy nor natural resources ministries have commented on the assessment, which is yet to be formally published.

“We need to strike a balance between the benefits of the state and the benefits of subsoil users,” Kasparov said, cautioning that many deposits were so different in characteristics that it was difficult to develop a common criteria for tax incentives and other support. This summer, Moscow ordered a moratorium on the introduction of new fiscal benefits at oil projects until Rosnedra’s inventory had been finalised.

The energy ministry expects Russian oil production to start declining after 2022. National output edged down to 11.25mn barrels per day in September, from 11.29mn bpd in August.

This article is from Newsbase’s FSUOGM monitor, a bne IntelliNews sister company that produces weekly reports on the oil and gas sector in the former Soviet Union countries.

Newsbase produces a family of newsletters that cover the energy sector worldwide. A premium service, you can take a free month’s trial by sending an email to subscription’s director Stephen Vanson.