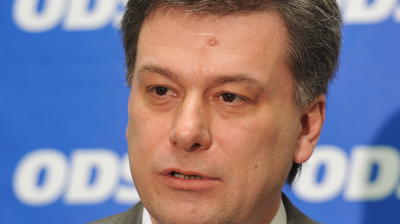 After nearly three years of preparation, the Czech cabinet has approved a legislative proposal introducing the principle of protecting whistleblowers.

The proposal should reflect an EU directive from October 2019 that was supposed to be transposed into Czech legislation by December 2021, but anti-corruption NGOs as well as the junior coalition Pirate Party have criticised the proposal as providing insufficient protection to individuals informing on breaches of the law.

“The most important change is that banning of retaliatory measures will be introduced,” lawyer Venek Bonus of Reconstruction of the State NGO told Czech Radio, and added that this is “typically dismissal from a job, lowering of wages” or similar practices carried out by employers to harrass whistleblowers.

Protecting whistleblowers has long been obstructed by corrupt Czech politicians and business lobbies.  Corruption  has become embedded in Czech national and local politics.

Pirate Party chairman and Regional Development Minister Ivan Bartos echoed the joint press release of NGOs Transparency International, Reconstruction of the State and Oziveni that the resutling proposal is “even worse” than the one put forward by the previous cabinet of Andrej Babis which Bartos’ party had also criticised.

“It is right we are going beyond European demands, [but] our view is to also address the reported items [issue],” said Bartos in reference to the proposal leaving out anonymous whistleblowing or whistleblowing of non-criminal transgressions.

In an interview for Czech Radio Bonus said “it is a great disappointment” that the cabinet has opted for the proposal put forward by the justice ministry.

“Before the cabinet session there was a meeting of the council coordinating fight against corruption, where the cabinet has its representatives, and which recommended the cabinet to strengthen further the protection of whistleblowers”, Bonus added, saying he was surprised the cabinet prioritised the justice minister's proposal over its own consulting body.

Justice Minister Blazek has been criticised by anti-corruption NGOs and liberal media since premier Petr Fiala announced his appointment last year, as Blazek was questioned by police in connection to ongoing corruption investigations surrounding the Brno city council. In August as a justice minister Blazek was also accused by judges professional body of meddling with judicial appointments, in what was seen as an attempt to influence the corruption investigations.

Blazek has been a municipal politician in Brno and also heads the South Moravian branch of the rightwing ODS party, which is chaired by Fiala on the national level, himself a Brno native. The ODS has long had a reputation for corruption and all its previous premiers have lost power amid corruption scandals.

Blazek has been an important party ally of Fiala, playing a crucial role in securing support for Fiala’s successive bids for the ODS chairmanship in 2014 and 2018.

The cabinet proposal is subject to approval in both chambers of the parliament and may yet be amended. The Pirate Party did not rule out supporting the proposal in the ratification process.

Polarising presidential campaign will leave a mark on Czech politics
VISEGRAD BLOG: When Eastern European states speak out they are now listened to
Treatment of Czech Roma and violence against women called out in UN human rights report