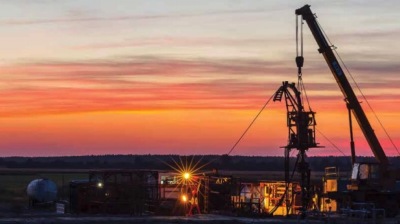 The chances of Ukraine and Russia negotiating a new gas transit deal before the end of the year are falling to zero and the authorities have already hiked the transit tariffs for local producers in anticipation of losing the Russian income.
By Ben Aris in Berlin December 18, 2019

The chances of no gas transit deal being struck between Ukraine and Russia before the December 31 deadline is “99% certain” Ukrainian officials told a leading gas producer JKX and informed it the gas transport tariffs have been hiked four-fold, effective immediately, to make up for the end of Russian gas transit payments.

“We participated in the public hearings at the National Energy Regulator, where the Representative of the GTS Operator said as of now the chances of a new deal are falling to zero. It is 99% certain there will be no gas deal with Russia before the end of the year,” Victor Gladun, CEO of JKX Oil & Gas plc, told bne IntelliNews in an exclusive interview. “They also informed us that the gas transport entry-tariffs inside the country will be increased from UAH91.87 ($3.91) per thousand cubic meters of gas to UAH406.68 ($17.31). That is a huge increase.”

The increase in the transport tariff for entrance to the Gas Transmission System (GTS) means the Ukrainian government already acting to impose emergence measures to replace the Russian transit revenues to keep the system working.

Ukraine earns some $3bn a year from transiting Russian gas to the Russian state-owned gas giant Gazprom, but if the transit stops so will the tariff payments. Ukraine’s pipeline monopoly has now moved to partially make up for the missing revenue by passing the burden to the country’s leading gas producers, consumers and manufacturers.

Gladun says big industrial consumers of gas will also be hit with a doubling of gas tariffs, according to comments made to him by the authorities. But even these increases will not be enough to cover the shortfall as maintaining the gas transport network is “enormously expensive,” says Gladun.

JKX is one of Ukraine’s leading independent private gas companies and expects to extract 280mn cubic meters of gas this year. All-in-all Ukraine produces a total of 20 billion cubic meters (bcm) of gas a year – a little less than half the country’s annual demand. The rest it has to import, but since the annexation of Crimea Ukraine imports most of its gas from its EU neighbours to the west and has not imported Russian gas for several years.

Andriy Kobolyev, CEO of Naftogaz, also said that talks on a transit deal were “likely” to fail in comments reported by Interfax on December 18.

There is some confusion over the legal status of the tariff hikes, says Gladun, as the increase has not been formally announced, but the bills have been issued at the new rate.

“We will have to pay the transit fees most probably this Friday [December 20] in order to book the capacity to send our gas in January. We expect to receive the invoice already with the new tariff, which are four-times higher, but legally the new tariffs are not in place yet,” Gladun told bne IntelliNews. “The new rates will probably be published next week.”

Gladun considers that the authorities are holding off in the hopes of a last minute deal, but expects they will be forced to formally announced the increased tariff rates during the next week.

The local gas producers and industrial consumers are unhappy with the increase, which Gladun says is “too harsh” and suggests a doubling of the tariff rate would be more appropriate for businesses operating in Ukraine.

“We understand [the authorities] have to increase the tariff in order to cover the revenues they will lose if there is no Russian gas deal, but the increase is too much,” says Gladun.

JKX also has operations in Hungary and Russia where Gladun says the transport tariffs are much less. Ukraine’s previous tariff of about $4 per thousand cubic meters was on a par with the tariffs in Hungary.

“The prices for gas have been falling all year, from $400 per thousand to around $200, and today they are $185 per thousand, so to add $17 in transport tariffs really makes a big difference,” Gladun told bne IntelliNews. Gas producers also have to pay VAT on top of the tariffs which add another 20%.

Gladun argues that the increased costs will make Ukraine’s gas less competitive on the European market and will also stymie investment into exploration and developing the new gas fields the country so desperately needs if it is to become self-sufficient in gas.

The Ukrainian gas pipeline transport system is caught in a bind as it is a very expensive company to run and dependent on the fees earned from transiting Russian gas. If the Russian gas is cut off the company will be lost making and unable to fund the constant investment it needs to make in maintaining the pumping stations and pipeline network.

Still, all hope of doing a last minute deal is not entirely gone.

“The good news is that the Energy Regulator officials said that if a deal is done they would immediately reconsidered,” said Gladun. “There are still 12 days left to do a deal.”

Russia sending record amounts of gas via Ukraine to Europe

The talks have been tough. Naftogaz executive director Yuriy Vitrenko met with Gazprom CEO Alexei Miller in Vienna last week for more talks, but failed to make much progress, despite reports that a preliminary deal was reached.

And Russia has time on its side. Gazprom has been transiting large amount of gas via Ukraine and was sending record amounts to Europe in recent months as Gazprom built up supplies in European gas tanks in case of a no-deal with Ukraine

Russia has been pumping a record 300mn cubic meters a day across Ukraine to the EU in December Serhiy Makogon, director of Ukraine’s Gas Transit System, wrote on Facebook earlier in December. Makogon speculated the Gazprom is preparing for a January 1 cut-off of gas to the Ukraine pipeline by maximizing sales of pipeline gas today.

The extra gas in storage would buy Gazprom more time to complete the construction of the controversial Nord Stream 2 pipeline, completion of which was delayed by Denmark’s foot dragging over issuing construction permits, until it finally issued the permits at the end of October. The last sections of the pipeline will be laid by the end of this year according to reports, and gas flow is expected sometime in May.

Ukraine has also been stockpiling gas in anticipation of being cut off from Russian gas. Ukraine’s reserves of gas stored underground totalled 19.8bn cubic meters as of December 17, which is enough to get through a normal winter without imports. This volume is 30% higher than the same time last year, according to Interfax-Ukraine.

Naftogaz CEO Andriy Kobolyev told a press gathering last week: “I hope that even if the contract is not signed now, then in April-May we will return to this discussion with the Russian and European parties.”

Russian transited 86.8 bcm via the Ukrainian pipelines in 2018 and by October this year had sent 72 bcm of gas to Europe. Naftogaz earned $3bn from transit tariffs, or 2.3% of GDP. In the first six months of 2019 transit fee earnings were $1.54bn, which is equivalent to a 9.9% year-on-year increase.

Without a new, 10-year gas transit contract with Russia, the National Bank of Ukraine estimated in its recent quarterly inflation forecast that gas transit will decrease from 90bn cubic meters in 2019, to 50bcm in 2020 and to 30bcm in 2021. The resulting loss in transit fees would shave 0.6% off the GDP next year and 0.9% of GDP in 2021, according to the regulator.

The US has put new sanctions against Nord Stream 2 on the table, but admitted on December 18 that its efforts to scupper the construction of the pipeline had failed.