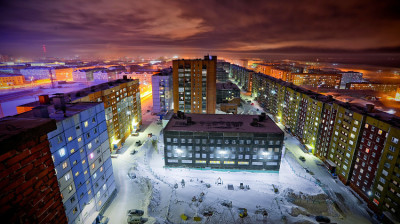 Norilsk Nickel plans to invest billions of dollars into increasing production and cutting emissions over the next 10 years to meet the anticipated dynamic changes in the market
By Ben Aris in Berlin November 20, 2019

Russia’s biggest metallurgical company Norilsk Nickel is ramping up investment to expand its production and dramatically cut its emissions over the next ten years as the company rolls out a new strategy it says is designed to meet the realities of a rapidly changing world that will add value to its stock.

And as a key element of these changes the company doesn't expect to change its generous dividend formula in the next four years and will stick to a deal stuck with its significant minority shareholders and is due to run until the end of 2022 the company's vice president for strategic planning Sergey Dubovitsky said this week at a company investors day.

"Current dividend payments are inviolable, as they are enshrined in the shareholder agreement valid until 2023," he said during a presentation of the company’s plans to invest in both production and the environment. “Investments in the environment, raw materials and metal production increase the sustainability and competitiveness of the company and will lead to an increase in its value.” 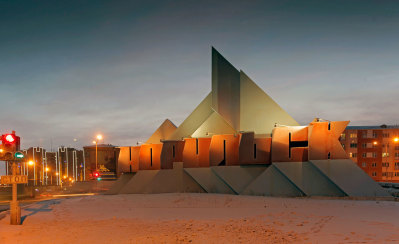 The company came out to reassure investors following market speculation that it would be unable to maintain its current level of dividend payments due to increases in the capex programme to ramp up production and at the same time reduce its emissions by up to 90% over the next ten years.

As bne IntelliNews reported, analysts marked the company’s stock up by a quarter this week in anticipation of soaring demand for nickel and PGM (platinum group metals) that are used in the production of electric vehicles (EVs) as the world scrambles to meet emissions reduction targets called for in the Paris Accords. Time is running out and CO2 levels are not falling quickly enough. European governments in particular are expected to introduce increasingly stringent emissions standards and actively encourage the switch to EVs.

However, analysts say that NorNickel doesn't have the capacity to meet this demand and that inventories of metal are also low, which should force prices to rise. The cost of nickel has already been climbing strongly this year, and following Indonesia’s decision to ban nickel exports this summer the trend is anticipated to continue. 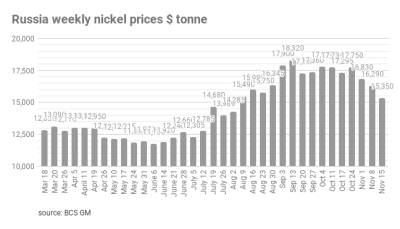 Even if dividends are not going to be cut, capex is going up and may rise more than 40% from next year’s target to as much as $4bn in 2022, according to a presentation the company gave during its capital markets day in London last week. Spending will then remain at that level through 2025 before easing again to under $2bn a year until the end of the decade.

With its low lifting costs and the rising prices for nickel NorNickel is currently the most profitable of the miners in its peer group and has been sharing its windfall with investors in the form of high dividend payments, equivalent to 60% of profit last year.

Amongst the plans to expand production are three stages of the Arctic Palladium project, which could see nickel output jump as much as 30% from 2017’s level by 2030 and PGM output could double. Copper production may also climb 40%.

The total investment in the Arctic Palladium joint venture between NorNickel and Russian Platinum is estimated at $15bn on the Taymir peninsula and is set to be launched in 2024. The planned output of the joint venture stands at 7mn tonnes of ore annually, reaching 21mn by 2030. The investment in the first phase in 2019-2014 is budgeted at $2.8bn-3.2bn.

Reducing the dividend payouts to free up cash for the capex programme would probably reignite one of the longest running corporate disputes between NorNickel CEO and biggest shareholder Vladimir Potanin and Oleg Deripaska, whose Rusal is a significant minority shareholder. Rusal uses its NorNickel payouts to service its debt and has been pushing for even higher dividend payouts. A truce was reached during the last flare-up but the current shareholder accord between the two sides is due to expire at the end of 2022. 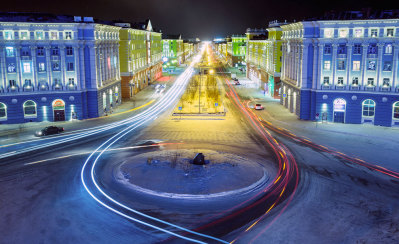 The main focus of the expanded capex programme is to boost production to meet rising demand, but increasingly important is improving the company’s environmental, social and governance (ESG) goals.

As bne IntelliNews has reported, ESG has shot up the agenda after major investment funds started selling shares in companies with poor environmental records and NorNickel has been in the front line of this trend, as the company remains one of the heaviest polluters in Russia thanks to its metal works in the Arctic city of Norilsk.

During the capital markets day NorNickel’s management went out of its way to reiterate its plans to cut pollution. The company has already ploughed more than $2bn into technologies that already capture 90% of the sulphur dioxide the company produces, and another $3.5bn will be invested in the ecological goals under the new capex programme.

The measures include a complete shutdown of smelting operations in the town of Nickel and the copper line on the Kola Peninsula near Norway, which will result in a 85% reduction in sulphur emissions from the Kola division. There will also be investment into capturing furnace and convector gases at the Nadezhda plant on the Taymir peninsula and other facilities to cut sulphur emissions further.

The company already has one of the lowest carbon emissions levels in the industry because it sources about 40% of its electricity from hydro-power stations, with the rest coming from gas.

“The strategic priorities of Norilsk Nickel are based on the principles of environmental safety,” Dubovitsky told investors in London.

In addition to investing in more sulphur dioxide reduction technology, NorNickel will also shutter some of its facilities as part of its ESG drive. Two workshops on the Kola Peninsula that cannot be modernised - a smelter in the village of Nickel and a metallurgical smelter in Monchegorsk – will be closed down, which will reduce emissions on the peninsula to zero. As part of this effort the company says it will reduce emissions two-fold by 2020 and seven-fold by 2021 compared to 2015 levels.

NorNickel’s management says the dividend payments will not be changed while the shareholders agreement remains in effect, but the plan is to ramp up investment from 2023 after it expires and this will almost certainly mean the dividend policy will have to be renegotiated with shareholders.

"For a 10-year period, we want to ensure in any case a level of return to shareholders that exceeds the industry average," Dubovitsky emphasised. 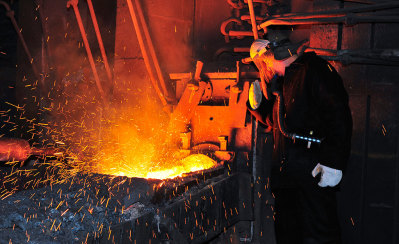