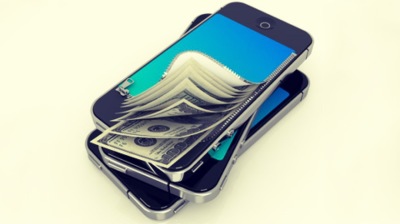 The number of Czech online banking users has soared by 266% compared to 2009, from 1.5mn, according to the Czech Statistics Office ́s (CSO)
By bne IntelliNews November 27, 2019

The number of Czech online banking users has soared by 266% compared to 2009, from 1.5mn, according to the Czech Statistics Office ́s (CSO) presentation from November 26. In the last five years, their number has increased by 1.8mn to 5.5mn, out of which 88% is represented by young people aged 25 to 34.

“In 2019, only 19% of households has lived without the Internet, out of which 80% said they did not want to or need to be online at home,” said the Director of the CSO Development Statistics Department Martin Mana.

“The use of smartphones is growing dynamically. While in 2019, smartphones are owned by seven out of ten people, in the previous year it was 63%. They are popular particularly among younger people, 99% of young people at the age of 16 to 24 use smartphones,” said CSO Research, Development and Information Society Statistics Department Lenka Weichetova. On the other hand, three quarters of seniors prefer a phone without an operating system.

More than 59% of Czechs have already been shopping via the Internet, while ten years ago it was just a quarter. Women mostly buy clothes and shoes, as well as cosmetics and tickets, whereas men shop mostly for computers and electronics, clothing and footwear.

According to JP Morgan ́s study from September, the Czech Republic is most perspective European country for the development of e-commerce among the frequent users of mobile phones for online shopping. Czechs make over 54% of e-purchase through their mobiles. “The popularity of shopping using mobile phones has increased significantly,” said the Director of the Association for e-Commerce Jan Vetyska.