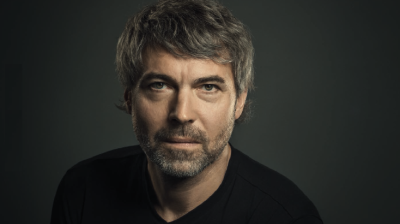 Kellner, 56, was the richest man in Central Europe, with a personal fortune estimated at $17.5bn.
By Robert Anderson in Prague March 29, 2021

Petr Kellner, who was killed on Saturday in a helicopter crash while on a snowboarding holiday in Alaska, was by far the most famous and successful Czech businessman of his generation, and his death will leave a huge hole in the country’s business scene.

Kellner, 56, was the richest man in Central Europe, with a personal fortune estimated at $17.5bn by Forbes. He made his fortune in the ‘Wild East’ of the Czech transformation from communism in the early 1990s but unlike many of the country’s other new tycoons, he quickly outgrew the country to become a major regional player in consumer finance, telecoms and media. He rapidly expanded his Home Credit consumer finance group into the Russian and Chinese markets, making it the world’s largest non-banking consumer lender.

A natural predator, he always remained a big player in Czech dealmaking across a range of sectors through his PPF Group, which has €44bn in assets, and was also influential behind the scenes in politics, a position enhanced by his acquisition of the main commercial TV station TV Nova last year.

His tragic death will change the balance of power among the country’s ‘oligarchs’, among whom he was the unchallenged king, and could have an impact even on the country’s orientation towards China.

His death has immediately raised questions about the future succession, direction or even the potential break-up of PPF, the financial group in which he had a 99% stake. It also raises questions about its unit Home Credit, which is currently undergoing a strategic rethink after rising loan losses in Russia and China.  It will also create uncertainty over two big ongoing deals in the Czech market: the listing of PPF’s telecom infrastructure arm Cetin, and the proposed merger between its start-up digital bank Air Bank and Moneta Money Bank.

PPF shareholder and telecom and media manager Ladislav Bartonicek, who has been with PPF since the beginning, was quickly named interim manager on March 29. Jean-Pascal Duvieusart, head of Home Credit, as well as Home Credit shareholder Jiri Smejc, together with Kellner’s wife Renata, are all likely to have a say in the group's strategy going forward.

Like several of the super-rich in the former Czechoslovakia, Kellner made his fortune by setting up an investment fund during Prime Minister Vaclav Klaus’ botched coupon privatisation programme in the early 1990s. Kellner was one of the “pikes” whom Klaus helped introduce to the country’s fishpond to stir the country’s sluggish state-owned “carp” into movement.

But unlike many of his fellow asset strippers and corporate raiders, PPF not only delivered a decent return for its coupon investors, but also had the stamina to become a long-term player on the Czech financial scene.

Becoming more of a killer whale in the country’s small pool, Kellner seized control of monopoly insurer Ceska Pojistovna in 1996 after buying a 20% stake. This enabled PPF, together with allies, to outvote the state.  Afterwards, Klaus’ finance minister, Ivan Kocarnik, who appeared to turn a blind eye to the state’s loss of control, immediately glided through the revolving door to become the insurer’s chairman. Much later, Kellner became the main funder of Klaus’ personal foundation.

Kellner overhauled the dinosaur insurer, bought out the state in 2001, and used its financial muscle to expand into other businesses and make opportunistic ventures. In 2007 he agreed to fold Ceska Pojistovna into a joint venture with Generali, which he exited in 2012 for €2.5bn.

This sale enabled Kellner to supercharge the expansion of Home Credit, a consumer lender he had launched in 1997. After experimenting with the format in Central Europe, he expanded east to Russia in 2002, and then from 2007 into China.

However, in recent years Home Credit has often struggled with rising loan losses in both countries. Home Credit, now 91% owned by PPF, has already begun refocusing its strategy on Europe, and is reportedly considering partnering with other companies rather than always going it alone.

As part of this gradual shift back into Europe, PPF has recently bought assets from major European and US companies, becoming a major presence in CEE media and telecoms through acquisitions from Telefonica and Telenor, as well as the purchase of TV group CME in the past few years. These deals put Kellner in control of both the biggest Czech telecom and private TV companies and made him much more visible – and controversial – inside the country.

Until those acquisitions, Kellner had always remained more of a towering behind the scenes presence in the Czech Republic, someone who had to be reckoned with whenever any big deal was in the offing. According to critics, his hardball tactics with minority shareholders and his use of political influence to outmanoeuvre business rivals help to explain his stunning record in M&A. Without him, inevitably more space will be opened up for the country’s other tycoons to flex their muscles.

Kellner’s flair for dealmaking in a range of sectors, as well as his genius at building financial businesses, made him much admired in his home country, though he always kept a low profile compared to other tycoons. He continued to live in the country, often picking his four children up from their private school in person.

Kellner very rarely gave interviews or even delivered pronouncements. In my only interview with him and his top executives some 15 years ago, he was very quietly spoken and often allowed his colleagues to hold the floor.

Though he made his flying start in business under the rightwing Klaus and largely shared his political views, Kellner has never been very closely involved with politics as such. Indeed, he managed to cultivate the populist President Milos Zeman, even lending the onetime Social Democrat his private jet to fly back from China in 2014. In return, Zeman enthusiastically pushed Home Credit’s expansion into China on his numerous visits to Beijing.

“The president held Petr Kellner in high esteem for his business success and is immensely sorry for his tragic death,” Zeman’s spokesperson said on March 29.

Kellner also maintained cordial relations with rival tycoon Prime Minister Andrej Babis, despite predictions that the two would come to blows after the agrochemicals billionaire became premier. In 2018 PPF's Skytoll won a tender to set up the country's satellite-based truck tolling system.

But Kellner’s behind-the-scenes influence, particularly on the country’s relations with China, did draw increasing criticism in recent years. It also sparked a backlash, with the government now rowing back, refusing to let Chinese companies enter tenders for the country’s telecom infrastructure or nuclear power station plans. Without Kellner’s lobbying, the country is likely to continue to shift back to the new European mainstream on China.