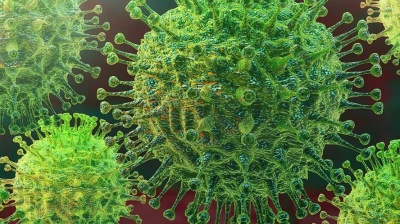 One in three Russians would ignore a coronavirus vaccine even if one were available
By bne IntelliNews June 24, 2020

One in three (37%) Russians would refuse to take a vaccine against coronavirus (COVID-19) even if one were available, according to a survey conducted by Russia’s Higher School of Economics.

The survey respondents were asked the question: “If a Russian vaccine against coronavirus appears in the coming months, will you be vaccinated?”

Taken all together, the overwhelming majority of those that oppose vaccinations on any grounds and 80.8% of the refuseniks would never take a vaccine if such a vaccine existed.

Russia has had a problem convincing part of its population that the epidemic exists and is not just a concoction by vested interests in pursuit of some ancillary goal. Other admit there is a virus, but do not consider it to be dangerous. From this group three-quarters (73%) said they would never take a vaccine.

The group of “deniers” since the end of May has grown by 0.8 percentage points to 33.6% of the total number of respondents.

The majority of refuseniks also said they would not self-isolate again if there were a second wave of the epidemic.

The refuseniks’ attitudes contrast with the number of Russians that say they have had contact with the virus in the form of someone in their immediate social circles that has contracted the virus. Recent reports say that one in four (28%) Russians now know someone that contracted the virus and this group has doubled in size in the last month alone.

This is due not so much to the spread of the disease, but to the peculiarities of disseminating information from the patients themselves, HSE notes.

This reflects a change in Russian cultural attitudes to reporting illnesses. As a rule, information about a past illness is usually shared with friends and family after the victim has made a full recovery. However, with coronavirus the infected are increasingly sharing this news while they are still suffering from the illness.

The survey found that of the narrow group that deny the coronavirus exists at all, only 20% will refuse to have a vaccine ever.

In general, half (54.4%) of respondents to the survey say in the event of the second wave they will, as before, observe the regime of self-isolation, and another 4.5% will do it even more strictly.

Russia Services PMI bounces back to 47.8 in June, up from 35.9 in May
Evidence of massive ballot stuffing emerges in Russia's referendum on constitutional changes
Suma Chakrabati leaves the EBRD a greener bank

Preliminary results show clear victory for HDZ in Croatian general election
6 hours ago
NBU lionises Smolii, clarifies cancellation of Eurobond decision
1 day ago
Serbia declares state of emergency in Belgrade as coronavirus cases spike
1 day ago
No protests, but police continue to randomly arrest pedestrians on Belarus Independence Day
1 day ago
Governor Smolii’s departure from the NBU creates the risk of devaluation of the hyrvnia or default on its debt this year
2 days ago