Opposition mayors in Albania refuse to hand over mandates 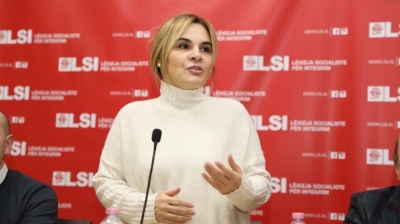 The leader of the opposition LSI, Monika Kryemadhi, said that June 30 election was not valid.
By bne IntelliNews July 7, 2019

Mayors from the opposition parties in Albanian municipalities do not recognise the results of the recent local election and will not allow newly elected mayors to take over their positions, local media reported on July 5.

The refusal by opposition mayors to leave their posts escalates the crisis sparked by President Ilir Meta’s decision to cancel the June 30 local election.

The elections were boycotted by the opposition Democratic Party and Socialist Movement for Integration (LSI), which have been protesting since February in an attempt to oust the government of Socialist PM Edi Rama, which they have accused of criminal links, corruption and vote rigging.

On June 8, Meta canceled the election but the decision was not respected by the governing Socialists. Later Meta set another date for the election, October 13, but the Socialist Party decided to conduct the vote.

The leader of the opposition LSI, Monika Kryemadhi, said that June 30 election was not valid and the current mayors will continue to perform their duties until October 13, the new election date decreed by President Meta, according to Albanian Daily News.

Mayor of Shkodra Voltana Ademi from the Democratic Party said he will not leave his post until free and democratic elections are held in October.

“I represent the citizens of Shkodra and my obligation is to respect the law. The local election date is October 13,” she said.

“In Shkodra only 10,000 citizens voted and I cannot allow crime to be in control of the city,” Ademi was cited by Albanian Daily News.

Previously the mayor of the Albanian city of Kamza, near Tirana, Xhelal Mziu, who also comes from the opposition Democratic Party, also said that he will not leave his position and called the election a “farce”.

Opposition parties have contested the turnout figures published by Albania’s central election committee, which said immediately after polling day that turnout was around 21% — the lack of choice is understood to have kept Albanians away from the polling booths.

However, opposition politicians say turnout was even lower. Kryemadhi said on polling day that 85% of voters stayed at home, while the Democratic Party is challenging the result in the city of Elbasan, accusing the authorities of “thief’s maths”.

Outrage in Tirana over dawn demolition of historic theatre