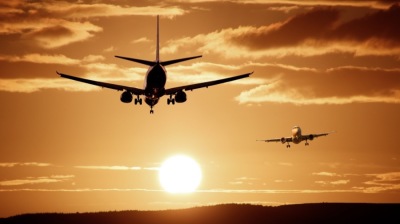 Consolidation in the aviation industry in central and southeastern Europe is threatening airlines across the region
By Clare Nuttall in Glasgow October 4, 2019

The news that Slovenian national carrier Adria Airways had filed for bankruptcy came just days after the collapse of travel giant Thomas Cook and French carriers Aigle Azur and XL Airways, and followed two years during which a series of European airlines bit the dust.

While there were different stories behind the collapse of each company, they all happened against the underlying trend of an air transport market in the throes of consolidation.

This has intensified in the last couple of years. The collapses of Air Berlin, Monarch and NIKI in 2017, were followed by Primera Air, Cobalt Air, Small Planet Airlines, SkyWork, VLM and NextJet in 2018 and Flybmi and Icelandic low-cost carrier WOW Air in the first two months of 2019.

As smaller carriers go out of business or are taken over, the expectation is that just a handful of European champions will expand to control almost all of the continent’s passenger air transport market.

To a large extent this has already happened. Two huge groups now control many of the continent’s airlines: International Airlines Group is the owner of Aer Lingus, British Airways, Iberia, Level and Vueling, while the Lufthansa Group’s portfolio comprises Lufthansa German Airlines, Swiss, Austrian Airlines Eurowings and Brussels Airlines. Making up the rest of the European big five are the Air France-KLM tie-up and low cost carriers EasyJet and Ryanair.

Industry analysts say that further consolidation will follow, along the lines of the US market which now has just a handful of big players. Aviation fuel prices have risen over the last few years and despite the increase moderating recently remain well over the 2015 level. This means that airlines that managed in the era of cheap fuel are now struggling.

A report published earlier this year by the International Air Transport Association (IATA) said that: “Good financial results at the European industry level are generated disproportionately by the majors. There is a long tail of struggling airlines in Europe. Consolidation is now taking place, particularly on within-Europe markets.” Europe remains far more fragmented than within-North America markets, it added.

German-based rating agency Scope Ratings maintained its negative credit outlook for the European airlines sector at the end of last 2018. “Volatile fuel prices, intense competition and slowing passenger growth are piling pressure on the credit quality particularly of smaller, less diversified carriers. The gap in the creditworthiness of larger airline operators and smaller carriers is set to widen further, with more consolidation in the sector on its way after a series of mergers and airline defaults in 2018,” the company said in a report forecasting survival of the fittest within the industry.

The collapse of numerous smaller airlines in recent years “shows smaller, less diversified airlines with a lack of economies of scale can quickly face financial difficulty if costs rise steeply, plane deliveries are delayed or flight delays at congested airports lead to reimbursements for passengers,” the report said.

It anticipated that sector consolidation will be “largely passive” as surviving airlines collect slots and aircrafts at a better pricing as their rivals go out of business. “The five leading European airline groups Lufthansa Group, Ryanair, easyjet and IAG and AF-KLM will likely be the interested parties with regards to collecting these assets, thereby strengthening their reach and credit profiles. Wizz Air might also play an active role in expanding towards Western Europe from Central and Eastern Europe,” Scope commented.

Executives from Europe’s bigger airlines largely concur with these views. Ryanair boss Michael O’Leary said in March that he expects takeovers will leave just five main airlines operating in Europe. In a controversial interview with The Mail on Sunday, O’Leary said suggested Wizz Air, Norwegian Air, Alitalia and Air Portugal could all be taken over by larger competitors in the next five years. Meanwhile, other carriers would be forced out of business by factors including high fuel prices and Brexit uncertainty. This would leave just easyJet, Lufthansa, Air France KLM, International Airlines Group and Ryanair which he anticipated would control over 80% of traffic on the continent.

While O’Leary’s comments brought an angry response — especially from some of the airlines he identified as takeover targets — it is in line with the views of other airline executives. Lufthansa CEO Carsten Spohr said in November 2018 that he expects further consolidation to eventually leave three global carriers in Europe — the same as in the Chinese, American and Middle East markets, Reuters reported. “There are way too many players in Europe,” Spohr said.

Even before the current wave of consolidation, carriers from the small Southeast European countries had been struggling. National Albania, Kosovo and Macedonia and most recently BH Airlines have all folded, while Montenegro’s troubled flag carrier Montenegro Airlines is consistently the country’s top tax debtor.

Slovenian flag air carrier Adria Airways became the latest to file for bankruptcy on September 30 as it was unable to solve financial problems which grounded all its flights, it said. According to media reports, Adria has debts of €90mn. The decision to file for bankruptcy was made after Slovenia’s aviation agency gave a deadline of October 2 for the airline company to submit a financial restructuring plan, warning that otherwise it will revoke its operating license. Slovenia's Market Inspectorate had already censured Adria Airways for selling tickets for flights that it could not conduct.

In neighbouring Croatia, The Croatian government approved a payment of HRK100mn (€13.5mn) for flag carrier Croatia Airlines on September 26.  The payment from Croatia’s budget reserves is part of an effort to pave the way for the airline's recapitalisation by stabilising its business, state news agency Hina reported. It is the first instalment of a HRK250mn grant for the airline. Finance Minister Zdravko Maric said following the decision that bailing out Croatia Airlines had economic grounds because of the domestic air carrier's importance for tourism, which makes up a substantial share of Croatia’s GDP.

While not stepping in to save Adria, the Slovenian government has also said it plans to establish a new state-run company to improve the international connectivity of the country, which could happen within a few months.

But despite the turbulence affecting the industry across the continent, there are some positive stories from Southeast Europe. Albania’s new flag carrier Air Albania was launched in 2018 as a joint venture between Turkish Airlines, which owns 49% of the company, locally owned MDN Investment that controls 41% and state-owned air controller Albcontrol, which owns a stake of 10%.

Air Serbia, the successor to struggling flag carrier Jat, has been expanding following an equity investment from UAE-based Etihad which holds a 49%, ad hopes to turn Air Serbia into a regional carrier. The company has expanded its routes and is profitable, having reported net profit of €12.2mn for 2018, attributed by the company partly to business improvements and optimisation of processes. CEO Duncan Naysmith said the good result was despite the “the numerous and demanding challenges in the airline industry”.