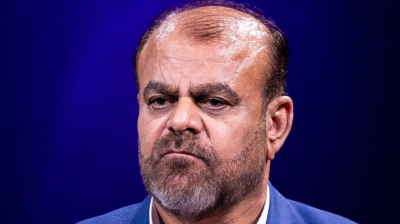 Rostam Qasemi, Iran’s Minister of Roads and Urban Development is reportedly being edged out of his position following a leak of photos that show him in Kuala Lumpur with his future wife who is pictured not wearing a hijab, or headscarf.

Iran’s Donyaye Eqtesad reported the claims on November 3. The photographs are said to have been taken in 2011, two years after the death of the previous wife of Qasemi, who at that point was serving as oil minister in the Ahmadinejad government. The release of the pictures came as the anti-regime protests continued to shake Iran. The unrest, which has so far lasted slightly over seven weeks, was triggered by the death of 22-year-old Mahsa Amini who died in the custody of Tehran’s “morality police”, who detained her on a street for allegedly wearing her hijab in a way not in line with the country’s Islamic dress code. The social media debate over the photographs looks at the question of whether, in terms of Islamic strictures that apply to everyday life, ordinary Iranians are treated differently than governing politicians.

Qasemi got off to a clumsy start when he was appointed by the current Raisi administration. At his swearing-in ceremony he forgot which job he had been assigned, stating that he “would carry out the duties of the oil ministry”.

Lawmaker Karim Hosseini subsequently said during an open debate: “Considering that he is bored, and this boredom is clear, it has made him unable to perform many duties. It would be much better if he resigned. But in the end, if there is no other option, the parliament will definitely move towards impeachment."

After Qasemi reported that he was sidelined with illness, Farhikhtegan wrote that he was falling down on performing his duties and that President Ebrahim Raisi should ascertain the details of his ailment as soon as possible. Qasemi has referred to a “bad back” and a need for spinal surgery.

The roads minister in recent months has come under fire for not controlling prices of raw material commodities, being over-zealous in planning housing schemes, including one million new homes said to have proved unaffordable in terms of their construction costs and likely unrealistically high sale prices, and corruption affairs that have led him to firing assistants accused of fraudulent activity.

During a recent visit of Armenian Prime Minister Nikol Pashinyan to Tehran, Armenian TV recorded Qasemi as slumping on a table during bilateral meetings.

Some entirely unsubstantiated claims on social media contend Qasemi has fled Iran in recent days following the release of the photographs and is in hiding in the Caribbean. While entirely unverified, the extent of the claims illustrate just how unpopular the minister appears to have become.