Poland digs its heels ever deeper in the row over judiciary 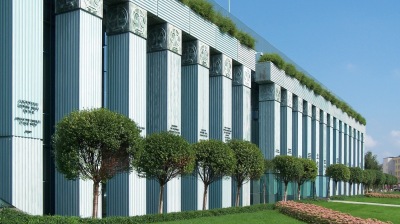 Poland digs its heels ever deeper in the row over judiciary
By Wojciech Kosc in Warsaw July 15, 2021

Poland’s government-controlled Constitutional Tribunal ruled on July 14 that the Court of Justice of the European Union (CJEU) has no authority over domestic regulations concerning the judiciary.

The ruling reinvigorated speculation that Poland is on its way out of the EU – the so-called “Polexit” – as its government continues to upend the legal order Poland had subscribed to by joining the EU in 2004.

The co-ruling Law and Justice (PiS) Party has long said that the EU has too much power over member states. The Polish government’s overhauling of the country’s judiciary has thus turned into a tug-of-war between Warsaw and Brussels, with Poland’s membership in the EU the ultimate stake, according to the opposition.

In a peculiar coincidence – or by the political orders of the ruling Law and Justice (PiS) Party – the Tribunal’s verdict came out on the same day when the CJEU issued an interim order suspending the so-called Disciplinary Chamber of the Supreme Court, a new body established by PiS that even the Supreme Court said was illegal.

In the interim order, the CJEU said that regulations governing the Disciplinary Chamber could not guarantee its independence and therefore must be suspended until the final verdict on the case, brought before the court by the European Commission.

That was the second interim order by the CJEU focusing on the Disciplinary Chamber. In April last year, the CJEU issued an interim order, which suspended specifically the chamber’s powers of disciplining judges. Poland ignored it.

“I would like to accept with satisfaction the ruling of the Constitutional Tribunal, which was based on the protection of the Polish legal order against unjustified interference by EU bodies. It is the Constitution of the Republic of Poland that is a legal act that stands above the law of the European Union,” Poland’s Justice Minister Zbigniew Ziobro said in a tweet.

The ruling of the Tribunal also came out on the day of the European Commission’s big announcement of the “Fit for 55” climate and energy package, the central element of the bloc’s climate change mitigation efforts for the next decade.

That could have taken the Commission’s focus off Poland to a degree, as there was no comment from the EU’s executive body on what, according to critics, boils down to upending the EU’s legal order and paving the way for “Polexit.”

“What this actually consists [of] is a political decision to detach Poland from the EU,” Ben Stanley, a Warsaw-based political scientist, tweeted.

Commission President Ursula von der Leyen only met Poland’s Prime Minister Mateusz Morawiecki on July 13 in what she described as a “good exchange” on – among other items – “rule of law issues.”

Von der Leyen might want to have a word with Morawiecki in early August, which is when the Constitutional Tribunal is expected to issue another potentially explosive ruling.

In response to the PM’s request, the Tribunal will probe whether the Treaty on European Union – the very fundament of the bloc, no less – is in line with the Polish Constitution. The Tribunal already heard opinions on the case earlier this week before adjourning – originally to July 15, now changed to August 3.

The PiS-led coalition government's history of tinkering with Poland’s legal system dates back to 2015, shortly after the party won the election after eight years of the liberal government of Civic Platform.

PiS first engineered the line-up of the Constitutional Tribunal, stacking it with loyalists, before targeting the system of nominating judges and the Supreme Court. Most of those so-called reforms were criticised by the EU, with the Commission launching legal probes and ultimately lawsuits against Poland, once the poster child of European integration.

Poland has stood firmly on its position that the EU cannot intervene in matters concerning a member state’s judicial branch. Any changes to the contested laws under pressure from Brussels were largely cosmetic.

PiS says that the reforms aim at cleansing the judiciary of communist-era judges and at making courts more efficient and accessible to citizens. However, data compiled by the Iustitia association of judges – which is critical of the government – has shown that the opposite is the case: the length of court proceedings has increased.

The reforms also have impact in other EU member states. In 2018, Irish Judge Aileen Donnelly halted an extradition case of a Polish citizen accused of drug trafficking, citing concerns about the rule of law in Poland, The Irish Times reported.

Last year, the International Chamber of Legal Aid of the Regional Court in Amsterdam suspended extradition in all cases regarding a Poland-issued European Arrest Warrant (EAW).

According to the Dutch court, “the changes that have taken place in the judiciary in Poland mean that it can no longer be considered independent of the executive and legislative authorities,” Poland’s Rule of Law website reported.