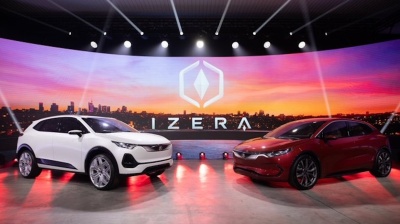 ElectroMobility Poland, the Polish company tasked with designing and production of the country’s first electric car, presented the product prototype on July 28.

The e-car, which will be named Izera after a mountain range in southern Poland, will be manufactured from 2023, the company said. The manufacturer presented two models, an SUV and a hatchback. The company did not offer any details on the technical specs of the car.

Poland had ambitious plans for quickly growing the number of e-vehicles on its roads to one million by 2025, Prime Minister Mateusz Morawiecki pledged in 2016. While that is unattainable now, domestic production of what ElectroMobility Poland claims will be a “reasonably-priced vehicle for an average Pole” could boost the number of e-car users in the late 2020s.

The vehicle’s nominal range is expected at 400 kilometres on a single charge. The car will be able to go from zero to 100 km/h in about eight seconds.

The prototype’s construction has cost PLN30mn (€6.8mn) thus far. The cost of launching production is expected at PLN4bn-PLN5bn. The production of the vehicle will create approximately 3,500 jobs in the initial stages, ElectroMobility Poland said. The are no details, however, on when the construction of a factory will start, nor where it will be located.

There were over 6,800 electric cars registered in Poland at the end of June. There also were over 5,400 hybrid cars, combining combustion engine with battery.

Russian e-commerce turnover up 1.5-fold in 1H22
3 days ago
Home of the humbled lira, Turkey’s the biggest cryptocurrency market in the Middle East
4 days ago
Business Insider: Western tech majors have tested or used controversial Russian face recognition technology
10 days ago
From 4G to 6G: How Russia seeks to develop mobile networks amid shortages of domestic frequency and foreign equipment
10 days ago
Should I stay or go for founder of Russian internet major Yandex
14 days ago