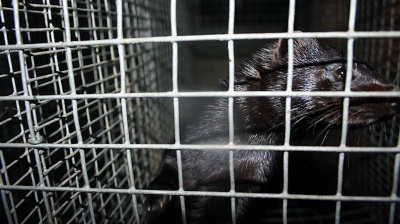 Law and Justice (PiS), the leader of Poland’s government coalition of the United Right, announced changes to animal rights regulations on September 8, including a ban on fur production.

PiS’chairman and Poland’s informal top decision-maker Jaroslaw Kaczynski himself announced the plan. Animal rights are said to be close to Kaczynski’s heart but previous plans for a major overhaul did not win a majority in the coalition, not least because of the lobbying by the fur industry.

Kaczynski has now called upon the opposition to support the idea. The plan could also be an element of PiS’s strategy to gain traction with younger voters.

The announcement elicited immediate counterattack from the fur industry, in one of the world’s top fur producers. The branch itself is small, however, employing just 4,000 people and creating below 0.1% of Poland’s GDP, according to 2018 data.

“PiS has stuck a knife in our backs. [The plans to ban fur production] are a scandal and a betrayal of farmers,” a leading producer Szczepan Wojcik told Catholic Radio Maryja on September 8.

The fur industry has been going through a crisis recently, feeling the heat of animal rights’ defenders that apply pressure on large fashion companies to give up selling fur products. The coronavirus (COVID-19) pandemic also added to the industry’s problems.

“This is not a political issue. It is humanitarianism. I am confident that all good people in Poland will support this project,” Kaczynski said while announcing the plans.

Warsaw-based PharmaCann Polska is one step closer to being able to offer its medical cannabis extracts, produced at its North Macedonia plant, in Germany and Poland. This is possible after ... more

Poland’s President Andrzej Duda ministers for the foreign and health ministries on August 26.  The appointments follow the resignations of the previous heads of the two ministries. They ... more