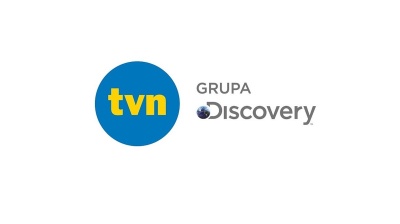 Broadcaster TVN is run through a company registered in the Netherlands, which is 100% owned by the US media giant Discovery. / TVN
By Wojciech Kosc in Warsaw August 11, 2021

The law is widely seen as the government’s attempt at muzzling the broadcaster TVN, which is highly critical of the coalition, led by the Law and Justice (PiS) party. TVN is run through a company registered in the Netherlands, which is 100% owned by the US media giant Discovery.

Washington has warned Poland a number of times against pushing the US owners out of TVN.

"The US is deeply troubled by draft legislation passed ... by the lower house of the Polish parliament that targets the most-watched independent news station, which is also one of the largest U.S. investments in the country," the US Department of State said in a statement.

"The act as adopted is an attack on core democratic principles of freedom of speech, the independence of the media and is directly discriminatory against TVN and Discovery," Discovery said in a separate communiqué.

The vote went through in highly unusual circumstances. Initially, the opposition appeared to have outmanoeuvred PiS by motioning to adjourn the ongoing sitting of the parliament until September.

Elzbieta Witek, the PiS-designated speaker of the parliament, ruled, however, that the adjournment vote would be retaken, a decision the opposition said was illegal. The ruling coalition won the retaken vote and proceeded to vote on the bill later during the sitting.

TVN and its 24/7 news channel TVN24 are highly critical of the government. Their broadcasting licenses are about to expire but the government-controlled licensing body, the KRRiTV, has not yet granted them.

The licenses will appear in doubt if the law stands. The law will now go to the opposition-controlled Senate, which has a month to work on the text before returning it to the lower house.

The final vote in the lower house is anything but certain after the PiS-led coalition fell apart on August 10 and the media law vote scraped through by eight votes.

PiS had to rely on a number of one-off and fickle backers to pass the law. That also signalled problems for the government in any important vote in the future, with speculation about a snap election more credible than ever.

The ruling party reportedly dismisses the risk of the US rolling out any major repercussions like reducing its military presence in Poland, one of Nato’s frontier members, in retaliation for the media vote.

PiS has long said that the planned changes are nothing that would be against the rules that regulate media ownership in several EU member states, such as France or Germany.

There are worries, however, that the party’s goal is to bring the critical TVN to heel.

Since taking over power in 2015, the PiS-led coalition has turned Poland’s public broadcasters, Polish Radio and the TVP television channel, into government propaganda tools.

More recently, the state-controlled refiner PKN Orlen took over Polska Press, a publisher of local media, raising concerns that it was a move to strengthen the government’s message to the people less than two years before the next election.

Poland has slid down media freedom rankings in recent years under the PiS government. The World Press Freedom Index, which looks at 180 countries worldwide, ranks Poland 64th in its latest edition, down from 18th in 2015.

Ukraine's IT hub is thriving in Transcarpathia

Iran may be heartbeat away from first unicorn