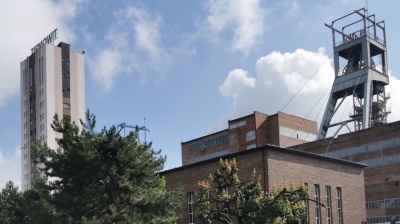 Poland will present a plan to save the country’s – and Europe’s – largest coal mining company, the state-controlled Polska Grupa Gornicza (PGG), the ministry of state assets said on July 27.

PGG has been struggling in 2020, as lockdown measures, introduced to curb the spread of the coronavirus (COVID-19) pandemic in March-May, reduced demand for electricity. Poland derives nearly 80% of its power from burning hard and lignite coal.

The coronavirus is not PGG’s only problem. The company's output is burdened with high costs and low efficiency of production that make Polish power companies – which are also state-controlled – seek cheaper fuel abroad, for example from Russia.

The EU’s climate policies also make producing power from coal less and less economic. That is pushing Polish utilities to invest in renewables or gas – both reducing demand for coal and putting PGG under more strain.

The company’s revenues have dropped PLN2.7bn (€614.7mn) in 2020 thus far, the ministry said in a statement announcing the meeting, due to take place on July 28, at which it will present a plan for the company. PGG posted an operational profit of PLN86mn last year but writedowns drove that to negative PLN427mn.

“The plan … is real, [it] guarantees functioning of [PGG’s] profitable units over a longer time horizon and ensures the economic rationality of the company's operations,” the ministry said.

The ministry said that the plan would involve “restructuring” as well as a temporary pay cut. “The company also wants to renegotiate supplier contracts, reduce investment and cut costs related to purchasing of materials, energy and external services,” the ministry’s statement read.

Polish media reported that the details of the plan include shutting down three unprofitable parts of the Ruda mine as well shutting down the Wujek mine completely. The ministry is also reportedly planning to ask miners to agree to a temporary 30% reduction in pay and a three-year freeze of bonus pay. The media also speculated that the government would propose to shut down all coal mines in Upper Silesia – Poland’s chief coal mining region – by 2036.

The plan will be discussed on Tuesday at a meeting of the ministry, PGG’s executives, and the company’s unions in Katowice, Upper Silesia’s main city where PGG’s headquarters are located.

Unions are unlikely to agree to the plan easily and some unionists have already told local media that it would send “ripples of fury” throughout the Katowice region.

Poland plans to reduce the share of coal in the country’s energy mix from the current 80% to around 60% by 2030 and then to around 50% in 2040. That would bring the country’s climate-harming emissions of carbon dioxide down significantly, although not fast enough, climate organisations say.

Because of the key role coal plays in energy generation in Poland, the country is the only member state opposed to the EU's ambition to make the bloc carbon-neutral by 2050.