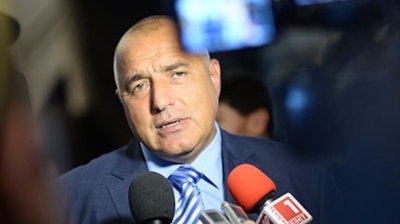 Prime Minister Boyko Borissov's Gerb party will do better if the pandemic keeps voters at home.
By bne IntelliNews March 29, 2021

The outcome of Bulgaria’s April 4 general election will depend to a large extent on the voters who go to polling stations to protest against the current ruling coalition, as well as on the situation with the coronavirus (COVID-19) pandemic, a poll carried out by Market Links showed on March 29.

Bulgarians will vote in the first regular general election for years amid a high level of new coronavirus cases and lockdown imposed by the government as the health system is struggling to deal with the situation.

“The election campaign and the politicisation of the society additionally increase the subjective feeling of dissatisfaction. In a similar situation ahead of the national election, the protest vote might become the most significant factor that would determine the representation of the parties,” Market Links says in the analysis of the data.

Market Links’ poll indicates that, due to the coronavirus pandemic, the turnout will be lower than usual with only 46% saying they will definitely vote and 27% that they would rather vote.

However, the lower turnout is not expected to decrease the support for the two leading political parties, the ruling Gerb and the Bulgarian Socialist Party (BSP), which are set to gain 22.8% and 18% of all votes respectively.

Showman Slavi Trifonov’s There Are Such People vehicle remains in third place — and a potential kingmaker — with 12.7%, followed by the ethnic-Turk Movement for Rights and Freedoms (DPS) with 9% and Democratic Bulgaria with 7.5%.

According to Market Links’ analysis the general impression for the past four years, during which the third government of Prime Minister Boyko Borissov has ruled the country, is of a chronic crisis of the public legitimacy of Bulgaria’s institutions.

“The national assembly ends its mandate with 10% trust, which means that even half of the supporters of the ruling coalition give a negative assessment of the work of legislative power,” it noted.

The trust in government and in the judiciary are around 20% each, which “adds to the picture of fragmentation of key public connections, threatening the future development of the country not only in short-term but also in long-term plan”, said the report.