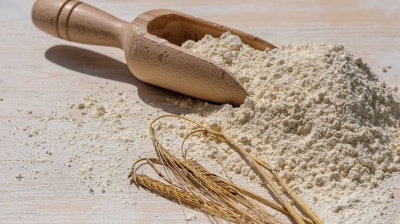 Prices of bread and flour products in Kosovo jumped by 40-50% as of October 25, making people to complain and urging government to take measures, local media reported.

In the capital of Pristina and other cities, half a kilo of bread is being sold for €0.5, broadcaster RTK reported.

The bakers explained that the rise of bread prices came after the price of flour increased from €30 to €45 per 100kg and was affected by prices on the international market.

RTK cited some citizens as saying that the huge increase of prices of bread and other basic food products, such as vegetables, dairy products, oil and sugar is alarming and the government should take urgent measures

Meanwhile, Kosovo’s Prime Minister Albin Kurti said that the rise in prices is linked with developments in the countries from which Kosovo imports products.

According to him, the fact that Kosovo’s imports are higher than exports makes the country's economy more easily affected by price changes in other countries.

"I believe that on the one hand it has to do with energy, on the other hand it is due to the fact that Kosovo, as a country that imports a lot, is very fragile regarding fluctuations in foreign markets,” Kurti was cited by RTK.

According to statistics office data, Kosovo’s annual inflation speeded up further to 4.9% in September, after consumer prices rose 4.7% y/y a month earlier and 3.5% in July.

In neighbouring Albania, protests were held in early October sparked by PM Edi Rama’s warning about the energy crisis in the country, as prices of oil and electricity rose on international markets. Albanian protesters appealed to the government to take action to bring prices down, as well as to lower taxes.