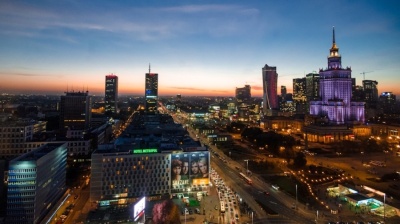 The private equity and venture capital industry is poised for a growth surge in Central and Eastern Europe (CEE), despite the war in Ukraine and current economic crisis, said fund managers surveyed by Bain & Company.

The management consultancy's report highlights the robust macroeconomic fundamentals of the 11 EU member states in the region that have put it on a “path of sustained, fast growth”, which combined with its catch-up potential and its emergence as a near-shoring hub make it an attractive location for private equity investment.

Russia’s invasion of Ukraine in February brought Europe’s first major land war in decades right to the border of the European Union, and according to the report, geopolitical and macroeconomic turbulence is already affecting CEE economies. However, this is not specific to the region; the magnitude of impact will likely not differ substantially from that in Western Europe.

“There’s no denying that the war in neighbouring Ukraine is taking its toll on PE [private equity], particularly in fundraising and exit options,” said Maciej Ćwikiewicz, president of the board of Poland’s PFR Ventures, in a statement on the release of the report.

“But there’s reason to believe this will be relatively short-lived: 86% of the people we surveyed expect the effect to fade away within one to two years. And once the war ends, they also foresee benefits for companies in the region doing business with Ukraine, particularly in the construction, industrials and business services sectors.”

Delving into more detail during a webinar to present the report on November 15, Edgar Kolesnik, partner at Abris Capital, commented: “The report takes a long-term perspective. We do not expect the current turbulence, be it political or macroeconomic, to affect the region’s attractiveness in the long term.

“In the shorter term, we are seeing the impact of the geopolitical situation and macro situation on deal flow activity, but at the same time we see very similar effects across Europe. We see deceased deal flow, deceased activity across all European countries so this is not CEE specific,” he added.

Małgorzata Bobrowska, co-founder and managing partner of Resource Partners, agreed the war "certainly affected the exits in the first half of the year and other transaction activity”.

However, she added, “on a positive note, the understanding is that this situation will impact more in the short- than long-term. In the long-term we expect increased economic activity to create additional opportunity for growth.”

Moreover, the report forecasts that as a result of the conflict in Ukraine, “CEE economies are likely to benefit in the medium term from vast opportunities to assist with reconstruction and development programmes, while the direct impact of the conflict on investment funds’ existing operations has been limited.”

Compared to private equity, Kolesnik considers that the effect on venture capital is “much more limited”. “Venture capital investors focus more on companies with global potential — this is the same anywhere.

“We have two portfolio companies in Ukraine. They continue operating and both have 95% of revenues globally, outside of Ukraine. If the founders go to the US, London or Western Europe, they are very well received. It’s easy to arrange meetings as people are very open to meet and cooperate with Ukrainian companies … once the war is over, there will be a lot of capital flow to Ukraine, on the venture capital side definitely.”

Among the incentives for investing in the CEE region are its population of over 100mn, the fast growing and stable economies that typically out-perform mature markets, the high-quality talent and the close links to Western Europe. GDP is currently at €1.3 trillion, making the market comparable in size to the Nordics or South Korea.

“The region combines its attractive growth profile with developed economy-like stability, differentiating it from other emerging economies … with nearly a quarter of global investors saying the region provides the best emerging market opportunities,” says the report.

When it comes to the catch-up potential, GDP per capita is just €14,000 in CEE compared to €43,000 in Western Europe, “offering significant headroom for convergence”, says the report.

“The headline is this is a stable, sizeable and fast-growing region,” said Pawel Szreder, associate partner at Bain & Company.

He forecast that the opportunities in near-shoring of manufacturing and services, which is already growing strongly, will become even stronger given the de-globalisation trend.

Investors see many of the global trends in CEE, but, says Szreder, "in CEE many of these trends seem to be moving faster”.

Along with near-shoring the report identifies other major trends, namely the green transition and digitalisation. At the same time, there is an ongoing consolidation of the fragmented, founder-owned business landscape. Another broad trend in the region that has been around for a long time is the growth in disposable income, which “enables the rapid growth of new consumer goods and services sectors”.

“CEE economies are growing fast as they continue catching up to the West, fueled by a highly qualified labor force, and investments in near-shoring, infrastructure and the green economy,” said Jacek Poświata, managing partner at Bain & Company Poland/CEE.

“After developing over the past two decades, PE funds now have all the pieces in place to capitalise on that trend. VC [venture capital] is already booming and we expect this to continue, with investment doubling or tripling over the next four years, based on the trajectories we’ve seen in Western European economies.”

“We now have a mature ecosystem in place, with many players on the market for over 20 years,” said Bobrowska of Resource Partners. “Deal flow is robust enough to feed both the international GPs [general partners] coming over for the largest transactions as well as to feed the deal flows of the existing local GPs, which mainly focus on the SME end of the market.”

Local GPs are able to generate satisfactory returns for investors, according to Bobrowska. While holding periods were previously longer than in Western Europe, this is no longer the case.

She added that the region “is still not attracting equal investment as the Western part of the European market, and there is a much slower fundraising pace.” However, the report forecasts that GPs will see an improving fundraising outlook due to better current and future returns on investment.

Barbara Nowakowska, managing director of the Polish Private Equity and Venture Capital Association (PSIK) also noted the "maturity of the system created in 20 years, with a broad talent pool available”. It has become clear that “over the last decade the performance in the region is in line with the expectations of the investors”.

However, the overall business climate in the region has improved significantly and it is now close to Western Europe on the World Bank’s annual Ease of Doing Business ranking.

“Many obstacles previously observed are being addressed now,” said Bobrowska.

The picture is even more positive for venture capital. Countries across the CEE region have strong technology sectors, with the report noting a "vast influx” of multinational tech companies that have picked CEE as the location for their R&D centres and hubs. Currently, CEE is home to around 6,300 multinational R&D facilities, many times higher than the 1,700 in 2010.

Szreder talked of the “vibrant early startup ecosystem in CEE”, while Tomasz Swieboda, partner at Inovo Venture Partners, listed a variety of signs of the maturing venture capital ecosystem that indicate the sector will continue to be successful, among them the high quality of tech talent, entrepreneurial people and the availability of capital.

“The venture capital market in CEE is booming,” said Ćwikiewicz. “It’s at inflection point and this is very important — there is a moment in time when things are speeding up. We clearly see this in the amounts of investment; fundraising reached historical levels. We believe the fundamentals are very strong … compared to Western Europe there is still some space to grow but the potential is there.”