Problems with contaminated Russian oil not over in Poland and Germany 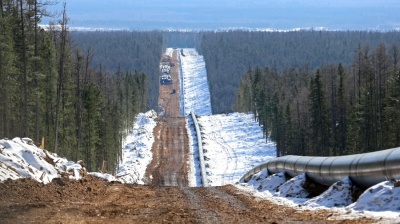 Technical problems in Poland and Germany following the contamination of Russia oil have delayed the exports restart
By bne IntelliNews May 22, 2019

The transit of Russian oil via Druzhba pipeline has not yet been resumed due to persisting technical problems in Poland and Germany, Vedomosti daily and Reuters reported on May 21 citing unnamed market sources.

While Belarus is ready to start pumping oil on both lines of the pipeline in the direction of Poland and Ukraine, reportedly Poland is blocking the transit before the compensation for supplies of contaminated Russian are discussed.

In the beginning of May, uncertainty over the quantity and quality of Russian oil supplies snowballed, after in April Belarus, Ukraine and some Central European countries and Germany suspended oil imports via thepipeline after finding contaminants that can damage refinery equipment.

Both German and Polish operators, in turn, reportedly don't know how to handle about 400,000 tonnes of contaminated oil that remains in the pipeline. The options include pumping the crude out for temporary storage in Germany, deliver to local refineries despite poor quality, or to ship back to Russia through Rostock, unnamed EU official told Vedomosti.

Refinery in German town of Leun operated by French energy major Total tried to process the contaminated oil, but had to shut down after sustaining damage to the equipment, other sources claim to Reuters and Vedomosti.

This week Deputy Prime Minister of Belarus Igor Lyashenko reiterated that Belarus is going to seek compensation for the direct and indirect losses caused by poor-quality oil from Russia.