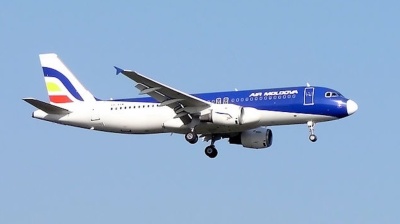 The Agency for the Recovery of Criminal Assets (ARBI) and the prosecutors of the National Anticorruption Centre (CNA) have seized assets worth MDL670mn (€34.5mn) of airline Air Moldova, including automobiles, real estate properties and two aircraft, CNA said on October 3.

The activity of the airline is not affected by the actions, CNA stressed.

Air Moldova, which was privatised last year to a consortium including two Moldovan individuals (25.5% each) and Romanian airline Blue Air (49%), denies any wrongdoing and claims to be the victim of a campaign aimed at pushing the company into bankruptcy.

Civil Aviation Group, made up of Blue Air and Moldovan citizens Andrei Yanovich and Sergey Melnik, bought Air Moldova for MDL1.2bn last October. However, out of the total value of the deal, only MDL50mn was paid for the shares and the rest of the money is the debt owed by Air Moldova to third parties. The payment was reportedly made in cash as opposed to by a bank transfer.

Prosecutors previously seized MDL300mn (€15mn) of the company’s equity in an attempt to prevent the transfer of the shares to another owner.

In a press release issued after its MDL300mn capital was seized, Air Moldova complained that the government had failed to increase its capital by MDL150mn as pledged under the privatisation contract. The seizure furthermore prevents the investment plans envisaged by the private owners from going ahead, the company also stated.

According to Igor Munteanu, the chairman of the ad-hoc parliamentary committee for the analysis of the organisation and conduct of the privatisation and concession of public property (2013-2019), Air Moldova has not paid back its debts to creditors. Munteanu said recently, quoted by Mold Street daily, that financial documents show that "until July 31, 2019, the amount of debt [owed by Air Moldova] has not undergone any major changes, and the new owners have not brought any funds from their own resources or as long-term financing".

Moldova’s PM resigns to prepare the ground for early elections