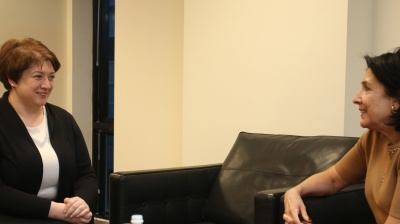 A minister in Georgia has raised the prospect of the state taking the Anaklia Deep Sea Port project back into state ownership, citing eight demands international financial institutions (IFIs) will want met before they go ahead and finance the $2.5bn flagship infrastructure project.

The move will raise further questions over how prosecutors in Georgia investigating historical lending at TBC Bank may have had an impact on the fortunes of TBC Holding—it is the lead investor in the Anaklia Development Consortium (ADC) developing the port on the country’s Black Sea coast and as soon as the lending probe began there were voices that predicted the affair could loosen its grip on the project. Analysts will now scrutinise whether there are indeed real concerns about a lack of progress with the Anaklia investment under the TBC-led ADC. Georgia has great hopes for the port, which it wants to see become an important hub within China’s massive Belt and Road modern-day infrastructure-for-trade initiative.

Georgian Minister of Regional Development and Infrastructure Maia Tskitishvili spelled out the eight IFI demands on March 21 in parliament, according to a report from Agenda.ge. She reportedly said that under the existing partnership agreement, if the agreement was terminated the port project would be returned to state ownership.

Deadline demand
The first demand of the IFIs—which is also a provision to be complied with under the public private partnership (PPP) contract for the Anaklia port—is that the first phase of the project must be completed within three years from the start of construction, namely before November 20, 2020, Tskitishvili said.

“Regrettably, as there are no finances for this project, I presume this deadline will not be met”, Tskitishvili then stated.

ADC, claimed the minister, was having problems financing the first phase of the project, which requires capital of around $600mn, even before the Prosecutor’s Office of Georgia at the end of last year revealed it was probing two owners of TBC Bank over the historical lending.

“Problems in the implementation of the project started in 2017. The consortium was supposed to have attracted $600 million in investment by the end of 2017. However, as it failed to do so, the process was postponed until December 31, 2018. In 2018 the obligation was once again postponed for six months,” Tskitishvili was cited as saying.

Outlining the other demands said to have been made by the IFIs, Tskitishvili said that when taken together they pointed to the financing negotiations being at a very early stage and unlikely to be completed soon.

Investors, she said, were demanding a feasibility study for each of the project’s nine phases, while requiring that the phases should not be linked to specific dates but should start only after feasibility hurdles were overcome.

“Golden share”
Another demand apparently centres on a project “golden share” held by the government under the PPP agreement, with banks wanting to diminish the associated rights of the government.

“Per the existing agreement, the state has the right to require a consensus on a number of essential issues with this golden share. The banks' proposal is to reduce significantly the state impact mechanism as well as the golden share”, said Tskitishvili.

Tskitishvili said other IFI demands were related to the continuation of contractual terms, compensation and political force majeure stipulations. Another requirement concerned road and railway links to be connected to the port, with banks reportedly demanding that the government build the vital infrastructure along specific routes—a detail that was not included in the PPP agreement.

When it comes to the loan agreements, the potential lenders want the state to approve only the amounts and maturities, which is contrary to what is in the present PPP arrangement, Tskitishvili went on.

A key problem raised by the banks, Tskitishvili said, was related to contractual termination terms and the compensation regime that would apply in relation to investor defaults.

“At this stage we have a deal which means that if the contract was terminated due to a government or investor failure, the port would be returned to state ownership and the process of searching for a new investor will be started. Liabilities the previous investor had with the banks would go to the new investor as well. Right now the banks are demanding the state guarantee the loans,” added Tskitishvili.

The PPP investment agreement was signed in February 2016 by the government and ANC. It is a 52-year concession drawn up according to the build-operate-transfer (BOT) model. Under the agreement, the government has provided 330 hectares of land and 225 hectares of marine area to be developed, built on and operated by ADC. On October 30, 2017, ADC was officially awarded construction permits for Phase 1.