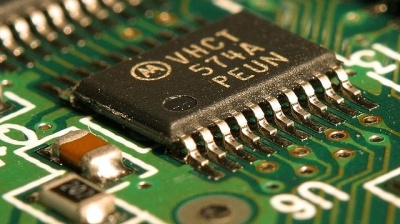 Since Russia invaded Ukraine on February 24, many Russians have fled the country, fearing increasing repression, rumours of martial law, and the economic ruin of Russia as a result of sanctions.

One particularly populous group emigrating from Russia is tech experts. Before the war, Russia’s remarkably tech-literate human capital and resource-rich territory made it a global technology powerhouse. Russia’s IT market grew by 7% to a total $25bn in 2019 alone, and employed millions.

But with the imposition of sanctions on chips, semiconductors and other critical technology components by the likes of Japan, the EU and the US, precious few prospects remain for this booming sector.

This has been compounded by the exit of major tech players like Microsoft and Oracle from Russia. With Visa and Mastercard also suspending all operations in Russia, it is unclear how Russian businesses will even pay for the components and services they need.

The blocking of Facebook and Twitter by Russian watchdog Roskomnadzor created further problems for tech specialists, as did the rapid devaluation of the ruble, limitations on withdrawing foreign currencies, and the cancellation of most flights out of Russia in response to sanctions.

The result has been an unprecedented exodus of technology talent from Russia since the start of the war. Many are heading for central Asia, others to Turkey. Those who can get visas are moving to Europe.

Shortly after the invasion of Ukraine, Kommersant estimated that 5,000 IT specialists were considering the option of leaving Russia. By day seven of the Russian invasion, that figure reached the tens of thousands.

The situation is reminiscent of September 2020, when local IT companies and professionals fled Belarus en masse due to a brutal crackdown on protesters following the rigged elections in August of that year. Belarus’ IT sector previously accounted for 5% of exports, but many companies re-located to the Baltics, as reported by bne IntelliNews.

One Telegram chat where Russian users discuss the challenges of relocating now has 30,000 members, according to The Bell.

“I can’t assess the exact scale of the phenomenon, but the breakdown in companies I know is as follows: on average, about 10% of employees have left or are leaving. But there are cases in which that number reaches 90%. This applies, for example, to AI developers, where the average age of a programmer is 25-27 years old,” an owner of several IT companies was quoted as saying by The Bell.

“I left Russia for Europe as soon as the opportunity arose, and now I’m trying to get the team out,” the same tech entrepreneur told The Bell. “It doesn't matter where. The priority is to relocate those who have not left yet. Human capital in Russia will be destroyed after the remnants of conventional capital are finished off.”

One entrepreneur told The Bell that his business had lost 40% of new international clients after the start of the war, and existing clients are now technically unable to send money to Russia due to sanctions. “Revenue at the end of the year, according to my calculations, will collapse twice. Because of this, I will have to cut about 40% of the staff. This is a necessary measure, we simply do not have enough money to pay salaries to everyone. It's ridiculous to even think about attracting new investments now,” he lamented.

Further complications arise as a result of western sanctions. “Right now, all I do is write letters to all regulators and partners, explaining our status and what will happen if some kind of sanctions are imposed against us,” one entrepreneur with a tech business registered in the UK told The Bell. Reputational damage is yet another problem to contend with.

Yet while dozens of IT companies have re-located Russian staff and operations, the Russian IT market has not completely ground to a halt. Existing products from some providers like Apple and Microsoft will continue to function, and Russia’s government will no doubt use the opportunity to try to boost the domestic tech industry to meet the gap left by foreign players. For example, Russia’s State Ministry has encouraged Russians to replace iPhones with Russia’s Ayya T1 phone model.

Yet the long-term outlook for Russian tech remains bleak. The exit of telecom equipment provider Cisco could wreak havoc on Russia’s telecoms network, while the suspension of Google Pay and Apple Pay is already creating problems for the average Russian consumer. It’s hard to see how a domestic industry with precious little human or conventional capital can make up the shortfall any time soon.