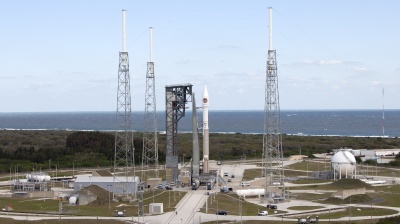 Where the relaunch of Turkey's economy is concerned, there are a few encouraging puffs of smoke, but things pretty much remain stuck on the launchpad.
By Akin Nazli in Belgrade November 7, 2019

Now to just a quick follow-up for fixed income trackers before diving into the Q3 financials—initial price guidance for Mersin Port’s 5-year eurobonds was set at more than 5%, according to Reuters.

The Turkish Treasury and Turkish Airlines are also in the market. The Treasury is expected to conclude the auction soon.

Turkish Airlines, the national flag carrier, is chancing its arm for debt auctions but its Q3 profit contracted by 6% y/y to TRY3.7bn (market expectation: TRY3.63bn) despite turnover growth of 3% to TRY22.6bn in the quarter, according to a stock exchange filing submitted on November 6.

The airline remains undermined by its move to the new mega airport—Istanbul Airport, located outside the Turkish business capital by the Black Sea coast—and the grounding of Boeing 737s worldwide following aircraft disasters, according to Fulin Onder of Seker Invest.

Markets expected a TRY775mn profit from Isbank in the third quarter.

Despite the positive profit performance, Isbank revised its non-performing loans (NPL) ratio guidance to 7-7.5% from the previous 6%.

Isbank’s lira loans growth remained at 6% y/y as of end-September, comparing significantly below the target range of 10-20% ‘advised’ by the government, calculations by Sevgi Onur of Seker showed.

Garanti did worse with 2% growth in lira loans, while its NPL ratio rose to 6.7% at end-September from 5.6% at end-June.

The financials of the last two leading banks listed on the Borsa Istanbul, government-run lenders Vakifbank and Halkbank, are still awaited—but their deputy general managers said quite frankly last month that the duo were focused on stimulating the economy rather than profiting. That might come across as a bit weird to watchers of stock exchange-listed companies, but hey, this is Turkey.

The Turkish banking industry’s combined profits contracted by 13% y/y to TRY36.2bn in January-September, according to the latest data from banking watchdog BDDK.

Borsa Istanbul companies are generally obliged to file their consolidated financials by November 11, but banks are given until November 19.

The Q3 outcomes from top conglomerate Koc Holding and top retailer BIM are still awaited while refiner Tupras, Turkey’s largest company by turnover, is expected to file its quarterly numbers on November 7 after the market close.

The markets are expecting a TRY108mn Q3 loss from Tupras.

Among the early birds, Turkey’s leading petrochemicals producer Petkim, controlled by Azerbaijan’s national oil company Socar, beat the market expectation for TRY174mn, even though its net income declined, moving down by 43% y/y to TRY236mn.

Petkim’s sales revenues were hit by lower product prices and the strengthening Turkish lira. Its turnover declined by 4% y/y to TRY2.94bn despite a 20% y/y expansion of sales volumes to 596,000 tonnes, according to Seker Invest.

Turkey’s telcos have done well, with Turkcell reporting a significant jump in quarterly profit to TRY801mn and Turk Telekom swinging to a profit of TRY1.12bn from a TRY2.85bn loss in Q3 2018, thanks to lira appreciation.

Foodmaker Ulker also beat the market consensus. The market forecast TRY209mn, but the company reported a 15% y/y gain to TRY254mn in the quarter.

“Recovery in auto demand [in Turkey] started in September with easing interest rates, a slight recovery in consumer sentiment and favourable FX movements. In addition, the state banks’ auto loan campaigns for locally produced cars (started as of 1 October) boosted demand further in October. Few models were out of stock in October, due to accelerated demand. In our view, this is a good indicator for auto demand in November,” TEB Investment said on November 5 in a research note.