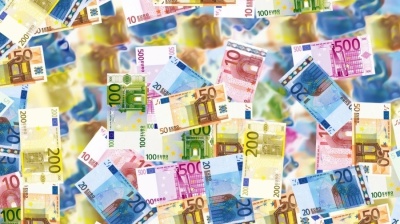 The Croatian Sovereignists, a radical right political coalition, are bracing for battle to defend the kuna, Croatia's national currency.

Croatia is preparing to adopt the single European currency and the government hopes it will join the Eurozone at the beginning of 2023.

However, the Croatian Sovereignists are urging people to put pressure on Prime Minister Andrej Plenkovic to call a referendum and ask citizens whether they want the country to enter the Eurozone and give up its local currency, the group said on its Facebook page.

Plenkovic said during a meeting with European Commission Vice President Valdis Dombrovskis that he does not intend to call a referendum. Moreover, he said he was confident the country will enter the euro area on January 1, 2023.

“You will certainly not decide about the referendum. Croatian citizens with the necessary number of signatures will give about it," Marijan Pavlicek, co-president of the Croatian Sovereignists, wrote on Facebook.

The Croatian Sovereignists is a coalition formed by four right-wing parties: the Croatian Conservative Party (HKS), the Croatian Growth (Hrast), the Croatian Party of Rights Dr. Ante Starcevic (HSP AS), and the United Croatian Patriots (UHD). It took one of Croatia’s 12 seats in the 2019 European Parliament elections, performing unexpectedly well.

The main risk by opponents of the change is believed to be the expected lowering of living standards and purchasing power. More than one third of Croatians also expect that the adoption of the euro would lead to significant price hikes.

Meanwhile preparations to introduce the euro are progressing. Croatia will start test production of euro coins with national motifs by the end of 2021, central bank governor Boris Vujcic said after a meeting with Dombrovskis.

Earlier in September, the European Commission and euro area member states signed a memorandum of understanding with Croatia that would allow the country to start producing euro coins when it receives the green light to join the euro area.

Vujcic said, as quoted in a statement from the central bank, that Croatia hopes to finalise a public call for voting on the design of coins by the end of September.

Vujcic said the central bank will have to change 1.1bn kuna coins for euros. Croatia is also working on a draft bill on the introduction of the euro, which should be completed early in 2022.

Vujcic also said that Croatia is likely to join the euro area with an exchange rate of HRK7.53 to the euro set by the European Central Bank (ECB) when it accepted the Croatian currency to the Exchange Rate Mechanism (ERM II) last year.