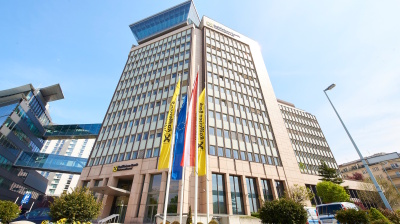 Raiffeisen Bank International (RBI), the second largest Austrian lender by assets, made a preliminary consolidated profit of €804mn in 2020, down 35% year-on-year, as the COVID-19 pandemic hit income and pushed the bank to raise provisioning, the bank announced on February 5.

The results were also affected by weaker local currencies and continuing low interest rates across most of the CEE region where RBI operates. Net profit in the fourth quarter was €205mn.

Provisioning for impairment losses on financial assets soared 169% to €630mn, an annualised ratio of 0.68%, up 0.42pp, but this was mostly for general provisioning for the macro-economic environment. In fact there was a slight improvement in the non-performing exposures (NPE) ratio, down 0.2pp to 1.9%, with the NPE coverage ratio up 0.5pp to 61.5%.