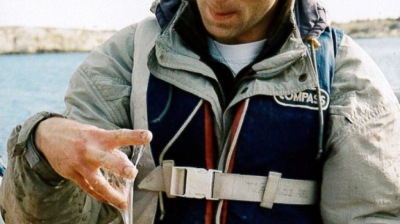 Turkey's Sea of Marmara has been enveloped in a suffocating gunk. So too Erdogan's regime?
By Julian Rimmer in London June 24, 2021

Sea snot is the perfect metaphor for the Erdogan regime. That was my first thought when I saw the visually arresting images of the Sea of Marmara enveloped in a suffocating gunk. Its habitually turquoise waters were slathered in unsightly marine mucilage, clogging up the nets and motors of fishing boats, choking the life out of the ecosystem, and deterring even the most fervid, stir COVID-crazy tourist.

You don’t need to be a Metaphysical poet to see the obvious symbolism of this ecological catastrophe: it’s emblematic of Erdogan’s pollution of political discourse, the asphyxiation of free speech, the corruption at the centre of this system of ‘government’ (I use the term loosely) and a toxic legacy that will take years to eradicate.

Almost a third of all Turks live within the wider Marmara region, the development of which has varied between the merely untrammelled and the downright riotous for the last half-century. The precise causes of this recent marine phenomenon have not been fully established but it’s beyond dispute that the huge increase in development, both industrial and residential, along the Marmara littoral has been, at the very least, a significant contributory factor to the disaster. One way or another, effluence seeps into what is, in effect, a vast cloacal lake.

The issues causing this off-puttingly gelatinous sea-blanket are long-standing and pre-date Erdogan but there’s no doubt environmental concerns have been of secondary, perhaps no, importance to him throughout his two decades in power. There is no land/sky/cityscape, it seems, he does not think improved by the minarets of yet another ghastly mosque or an Emlak high-rise. So far, measures to tackle the blight seem pathetic in proportion to its scale and the slimy substance isn’t just occupying the surface of the water; it accumulates in the deep.

While most Turks would settle for his observance of the Hippocratic oath and first doing no harm, an overwhelming majority are appalled at his plans to plough ahead with his $15bn Kanal Istanbul proposal. Quixotic and grandiose in equal measure, which he can neither afford (even at present exchange rates, let alone where the lira will be once underway) nor justify. This massive infrastructure project is proceeding against all the advice of conservationists, environmentalists and economists, (and fish, I imagine) and will no doubt have some malign consequences which cannot be foreseen. Sea snot could prove one of the more innocuous.

The present crisis comes at the worst possible time for Turkey’s tourism industry, already reeling from the pandemic and anxious to avoid losing a second consecutive summer season. Even if Erdogan had not transformed Turkey into a pariah state among the EU and the US, tourism receipts would struggle to support the relentlessly depreciating, lovelorn lira. In financial markets there are no purely one-way bets but the Turkish lira is as near as dammit.

One would imagine that at this juncture, Erdogan would be taking any measure possible to stimulate the tourism industry on which his economy depends. But while he’s begging the Russians to resume international flights and send planeloads of package tourists on one hand, he still can’t resist prosecuting his Muslim agenda on the other. A ban on amplified music after midnight in entertainment venues will disconcert all those Russian holidaymakers and seriously irritate secular Turks. ‘Sorry but no one has the right to disturb anyone at night’ was Erdogan’s justification for the prohibition but this doesn’t include the muezzins who are at liberty to caterwaul long into the wee small hours, exhorting – in vain – Russian clubbers and fun-loving Turks to prayer. It’s tough to revolt when you’re on your knees five times daily.

This controversial move, though, serves merely to distract the attention of the public, and the media headlines, from a far more sinister stunt: the enforced closure of Turkey’s Kurdish parliamentary party, the HDP, taken straight from Robert Mugabe’s ‘Despot’s Playbook’. It stands accused of ‘seeking to destroy the unity of the state’ although a more polarising initiative is difficult to conjure.

Commanding roughly one tenth of all votes, the HDP represents an obstacle to Erdogan and his nationalist allies forming a majority government but it’s naïve to assume these votes will be redistributed to his coalition. Kurds, even the arch-conservatives among them, will regroup around the opposition. The last party to whom they will flock is the AKP, firm allies of the nationalist MHP.

It’s difficult to see the logic of this measure taken by Erdogan. Meta-cynics could interpret it as ‘provokatsiya’, designed to goad Kurds into some kind of terrorist campaign, but I think this assumes a subtlety of which Erdogan’s strategy is patently bereft. More probably, he simply assumes he receives votes in proportion to the AKP’s overall poll ratings and/or that nationalists will be drawn towards him. More likely, the AKP receives no material uplift now but the politics of division work ultimately in his favour. Whatever the rationale, it’s a big data point in Turkey’s democratic recession.

When you see pictures of Turkey’s gluey, unspeakable ooze asphyxiating all life in the Sea of Marmara, then remember this about our metaphor: like Erdogan’s Islamofascism, the sea snot thickens mostly down in the depths and we only see what floats to the surface. ‘I can’t breathe’, sounds the sea. Turks feel the same.

On July 12, Vladimir Putin, President of the Russian Federation, released an epistle entitled "On the Historical Unity of Russians and Ukrainians" that has set the cat amongst the pigeons

Perspectives | Blame it on Russia? The danger of geopolitical takes on Georgia’s far right

COMMENT: Uzbekistan will have to host Afghan refugees in the near future

Issue one of many to be addressed by July 15-16 conference, "Central and South Asia: regional dependence. Threats and opportunities", convened on initiative of Uzbek president.

Following recent cases of Russian-linked cyberespionage and ransomware attacks. President Biden has cranked up the pressure on Vladimir Putin to act.

Russian CPI jumped to 6.5% y/y in June and kept accelerating in the first week of July. While supply-side inflation seems to have stabilised, demand-driven CPI stands out in pharma, construction materials, and tourism sectors.

HOMANS: Putin's Epistle to the Ukrainians
5 days ago
Perspectives | Blame it on Russia? The danger of geopolitical takes on Georgia’s far right
11 days ago
COMMENT: Uzbekistan will have to host Afghan refugees in the near future
11 days ago
STOLYPIN: Putin’s cybercrime challenge
13 days ago
ING: Russian inflation hits 6.5%, and can go higher
16 days ago