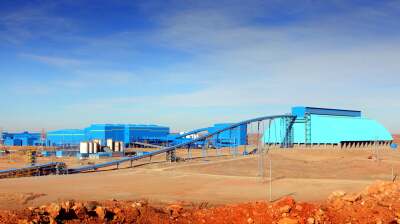 The Mongolian government and international mining company Rio Tinto have agreed to work out a new arrangement to finance the costly expansion of the vast Oyu Tolgoi copper mine, Nikkei Asia reported.

The rising cost of the Oyu Tolgoi mine’s new underground phase played a role in bringing down both Mongolia's previous prime minister and Rio's last chief executive. This appears to have helped set the stage for changing the terms of how the two co-owners of the project will share the expense.

Public irritation has been running high in Mongolia after new figures emerged late last year showing that the government could not expect to start receiving dividends from its 34% ownership of the mine in 2032 as originally expected. Rather, due to a new two-year delay and a $1.5bn jump in the project's cost to $6.8bn, the government is concerned it may not receive any dividend before the mine's reserves are depleted.

While Rio has solely financed the construction and operation of the mine and provided Mongolia with a loan to finance its share of the mine's ownership, it also gets all the profits for now, with Rio taking a management fee and payments on its loan out of Oyu Tolgoi's earnings. Under the expansion arrangement reached in 2015, Ulaanbaatar has to wait until the loan is fully repaid before receiving a dividend though it does collect royalties on the minerals mined.

Now both sides are ready to scrap that deal and put a new one in place.

"Both sides have agreed to work on canceling the 2015 deal and building a new one," Solongo Bayarsaikhan, one of the government's negotiators as deputy cabinet secretariat chief, told Nikkei Asia. "Rio expressed its willingness to reduce the interest rate and its management fee."

A source close to Rio confirmed the company is now willing to set aside the 2015 deal and redraft terms.

"There is no regulation in the underground mine development contract about what to do if the underground mine construction cost increases in the future," Bayasgalan Enkhbaatar, a government appointee on Oyu Tolgoi's board, told Nikkei. "That is why we want to build a new contract, not amend the 2015 deal."

In a related development, the government said on February 28 that Rio had paid MNT230bn ($87.55mn) of some MNT1 trillion found owing after audits of past annual tax filings by Turquoise Hill Resources, the Canadian mining company through which Rio controls the other 66% of Oyu Tolgoi's shares. The government, which last year launched international arbitration claims for the sums, said it expects to receive another MNT420bn.

Oyun-Erdene Luvsannamsrai, prime minister of Mongolia, is a longtime critic of the project's costs, after his predecessor resigned in the face of protests over his handling of the coronavirus pandemic.

The escalating costs at the mine also played some role in the departure of Jean-Sebastien Jacques as Rio's chief executive. Jakob Stausholm took over as successor on January 1, appointing Mongolian Bold Baatar to head up the company's copper operations, with a brief to work things out with the government in Ulaanbaatar.

"Bold Baatar has already set his team and they have commenced discussions with the government of Mongolia," Stausholm told Nikkei.

"I remain convinced that we will be able to find mutually acceptable solutions as the Oyu Tolgoi development is not only an impressive engineering achievement delivering the needed copper to the world, but it is fundamentally a development for the benefit of the Mongolian people," he said.

Rio Tinto has collected $1.3bn in management fees since 2013 while Mongolia still owes $2.2bn on its loan from Rio. Rio says the mine project pays around $300mn in taxes annually to the Mongolian government, including royalties.

Turquoise Hill and Rio Tinto, and their respective shareholders, have also clashed in recent months over the rising costs and delays with Oyu Tolgoi.

Former Mongolian prime minister Saikhanbileg Chimed, who signed the 2015 contract, is under investigation over his handling of the deal but is in exile. Bayar Sanj, one of his predecessors, was sentenced in 2020 to five years' imprisonment for abuse of power in another case related to the mine.