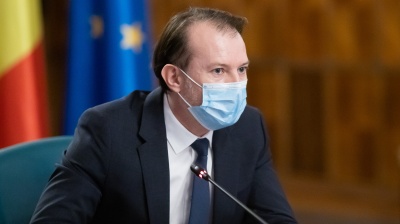 Romania's centre-right government has drafted and passed a memorandum to enable the country to meet the European Commission's requirements under the Cooperation and Verification Mechanism (CVM), which establishes an "ambitious" timetable, Prime Minister Florin Citu announced on January 20.

Voted in with a majority in parliament after the 2020 general election, the National Liberal Party (PSD) and its reformist ally USR-PLUS are finally in a position to reverse the changes to the justice system made by the now opposition Social Democratic Party (PSD) in 2017-2019, which were widely seen as aimed at helping top politicians avoid prosecution in corruption cases.

The PSD’s reforms sparked the largest protests since the fall of communism as the government hacked away at what had been one of the most successful anti-corruption drives in emerging Europe, undermining the work of the National Anticorruption Directorate (DNA). Despite backing down on several occasions, the party pushed ahead with the changes until its former leader Liviu Dragnea was imprisoned in June 2019.

Later in the year, the PNL formed a minority government after the PSD was ousted in a confidence vote, but it could not pursue the necessary reforms because of insufficient support in parliament. Only after the December 2020 general election did the PNL and USR-PLUS have a majority (albeit fragile) in parliament.

The government plans to approve the amendments to the justice laws by the end of April, and will send the bills to lawmakers.

It will also pass a law to dismantle the Section for the Investigation of Crimes in Justice (SIIJ), a special section within the Prosecutor's Office of the High Court of Cassation and Justice charged with investigating magistrates (SIIJ) by the end of February. A previous attempt to abolish the body was rejected by the Senate in July 2020, with 76 votes against 41 and 14 abstentions.

Settling both issues should pave the way for the completion and closure of the CVM mechanism, further allowing Romania to expect to be accepted as a member in the Schengen area, Citu said.

The European Commission's experts will evaluate the judicial reforms planned by Romania, via videoconference, on January 25 and 26.

"The coalition ... will take quick steps to complete the CVM. We are naturally speaking of the justice laws. The memorandum includes a firm timetable for the government, together with the ruling majority in parliament, to settle this issue … based on the recommendations [of the EC]. It is an ambitious calendar. We are trying [to meet the targets] by June," Citu stated.

“The time has now come to fix everything that has been broken in recent years, to put Justice on track and to strengthen the rule of law and democracy in Romania,” said Justice Minister Stelian Ion.

The CVM was imposed on Romania and Bulgaria in 2007 when they joined the European Union, to monitor the two countries' progress in justice reform and fight against corruption and organised crime.

In its latest CVM report in October 2019, the European Commission said that Bulgaria had made sufficient progress while criticising Romania for backsliding.