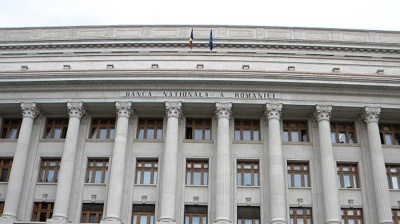 The National Bank of Romania (BNR) cut the monetary policy rate by 25bp to 1.25% on January 15, in the fourth such move since the coronavirus (COVID-19) pandemic started.

The move, which was announced toward the end of the day, was broadly expected and only surprised the markets because of the timing. There had been indicators of an imminent cut: inflation eased more than expected at the end of 2020, and predictability was enhanced by the quick formation of a new government that is already reflected in the yields on the sovereign debt.

"Developments in the past two months were due to a relatively faster deceleration in core inflation, in a context in which the disinflationary impact of changes in VFE prices was counterbalanced by the influence of higher prices of fuels, tobacco products, and electricity," the central bank said in a statement.

In 2020, BNR cut the monetary policy rate three times, by 25bp each time. The first cut was in March, just before the state of emergency was announced.

Even though economic growth will strengthen through the year, the central bank's appetite for higher rates will remain limited, ING Bank commented.

The BNR suspended its board meetings calendar early last year to achieve more flexibility needed to mitigate the effects of the crisis. It announced a similar approach at the beginning of this year when cancelling its planned January 8 meeting.

Prime Minister Florin Citu praised the BNR's decision and interpreted it as a sign of confidence in the government's fiscal policy. He previously announced intentions to attend the monetary board meeting to advocate for such a step.

"With this decision, the central bank confirms the decrease in inflation in the medium and long term. At the same time, this decision is proof that fiscal policy in Romania is no longer a destabilising factor in the economy," said Citu in a message posted on his Facebook page.

Indeed, the government has already taken steps to curb the fiscal slippage seen before the coronavirus crisis by freezing the wages in the budgetary sector as of January.

A final budget for 2021, to provide more visibility on the executive's commitment to sustainable policies, is expected in early February. Separately, the Constitutional Court took a couple of decisions supporting the government's moderate policy. It cleared the decrees deferring the 40% pension hike and the increase of wages in the education system.