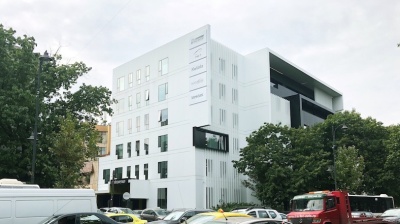 The Bucharest based insurer already has a presence in Italy and Greece, and “Central and Southeast Europe looks like our home market,” says City’s vice chairman Renato Szilagyi in an interview with bne IntelliNews.

While acknowledging that as a privately owned company City isn’t of a size to compete with huge pan-European groups like Allianz or Generali, “considering our strong position in Romania and good performance in Greece and Italy we strongly believe we have the capacity to become a signifiant regional player,” Szilagyi says.

For now, however, City is focussing on the Romanian market because, according to Szilagyi, “we believe this has the biggest potential for future growth … the most important for us right now is to consolidate our position in the Romanian market and be prepared for next development of the market.”

He describes the Romanian insurance market as being at an incipient level, looking at penetration rates and compared to the size of the country’s GDP, with most of the market currently concentrated on motor insurance.

“We need to focus on the Romanian market for this very pragmatic reason: because the market has the biggest potential for growth all over Central and Southeast Europe. It’s the largest market after Poland.”

Within its home market, City is looking to diversify away from motor insurance by building up other segments of the market. “As the penetration rate of insurance in the GDP increases, as the GDP increases steadily in the coming years, as the living standards increase, we are facing right now the creation of the middle class in Romania. We have to be sure we are there offering the right insurance solution to the people,” he says. “We believe that the next cycle will be optional motor insurance, then property insurance, and then personal health and life.”

Currently, City insures 0.5mn homes in Romania, 0.25 individuals for personal injuries and 2mn vehicles — highlighting the difference in scale between motor insurance and other types in the current market.

However, the firm is looking to develop its business in particular in the health insurance sector, starting by developing a handful of health products in cooperation with its reinsurance partners to test the market, and then to fine tune the products needed to cover the needs of the Romanian people.

“We are doing this because we believe in the development of the market, it’s important to be there as the first carrier to offer good coverage,” says Szilagyi.

“We believe that the private health insurance sector will have the highest growth rate in the future for several reasons: the increase of the living standards in Romania but also because people are more and more conscious about the limitations of the public health sector, so more and more are starting to acquire services provided by private clinics, but direct service from a climic does not cover people for serious events, just small events, day to day needs like analysis and so on. We want to be there for all these people with proper health insurance products covering illness and surgery, not necessarily only in Romania.”

As bne IntelliNews has reported, the quality of service in the Romanian public healthcare has concerned many Romanians so much that they are looking to private healthcare. Healthcare packages are also seen as a potential tool to attract and retain good employees in the increasingly competitive labour markets in sectors such as IT. This has helped the aggressive expansion of private medical services providers such as MedLife, which IPO’d on the local exchange in 2016.

Compared to the Romanian offshoots of major international insurers, City is quite small, with a total of 374 employees handling its operations in Romania, Greece and Italy. It is also quite a young company, having been launched in 1998, initially with a focus on travel insurance, and a slant toward the commercial sector.

This all changed from 2012 when City started to refocus on the retail business in Romania, which at that time was mainly motor insurance. "We managed to become the market leader in the Romanian insurance market at end-2017 and we still hold this position. We managed to increase gap between ourselves and the second and third player,” says Szilagyi.

City has a total of 42 offices across Romania, as well as working with more than 270 brokers. When it refocused on the retail market back in 2012, City’s management anticipated the shift from direct to broker channels. 20 years ago, only 20% of insurance policy sales were via brokers; today the ratio is reversed, and broker participation is about 80%. “We chose the right distribution model and this gives us quite a strong competitive advantages in the market because we do have the lowest cost ratio,” says Szilagyi.

City has also invested into technology. Its IT system was developed in house, and these days it is “basically a paperless company from the operational point of view, all partners are directly connected into our systems, from policy issuance to claims settlement,” says Szilagyi.

“Because of that we are able to make significant saving in the clams settlement process. We are able to do that quite fast which is a big differentiator in the market.”

Other firms have not fared so well. In 2015 one of Romania’s largest insurers, Astra Asigurari, went bankrupt. It was followed a year later by Carpatia Asig, formerly Romania’s seventh biggest insurer.

However, Szilagyi sees Romania as a “quite challenging” environment for insurers, not least because of the scrutiny from a regulator he describes as “very cautious, very prudent”, and what he considers to be over-regulation. He says City has responded by being "extra prudent” regarding its solvency indicators, especially as it can’t count on ad hoc capital add ons from a mother company like insurers that are part of big international groups. “It is our hope that the regulation will become more flexible, not to make our life easier but because deregulation will allow the insurance companies to become more competitive,” says Szilagyi.