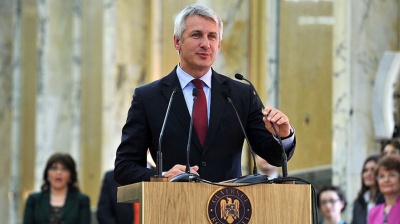 The budget “is missing RON7bn [€1.5bn, or 0.7% of GDP], which the government has to find in order to cover the deficit,” Finance Minister Eugen Teodorovici announced at a meeting of the senior ruling Social Democratic Party (PSD) on July 3, quoted by Agerpres.

The first budget revision this year will take place on July 31. Teodorovici must come up with an analysis of the budget execution and with a list of proposed measures to observe the 3%-of-GDP deficit threshold by the end of the year, sources quoted by Agerpres said. The budget execution for the first half of the year will be revealed around July 31 as well.

The government is considering aggressive measures to prevent fiscal slippage, the sources said.

Other measures that are being considered are the elimination of social programmes that are not efficient and the restructuring of some state agencies.

The budget deficit widened by 80% y/y in January-May, when it exceeded 1.4% of the GDP projected for the full year, according to official data from the ministry of finance.

The general government deficit is projected to further increase to 3.5% of GDP in 2019 and to hit 4.7% of GDP in 2020, according to the latest projections by the European Commission.

The main driver of this projected deterioration is expenditure on old-age pensions, driven by the full-year effect of the 15% increase in the pension point of September 2019 and a further increase of 40% in September 2020.