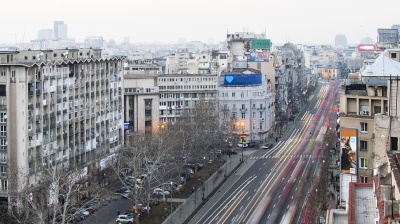 Romania's finance ministry has made the third budget revision this year, envisaging a public deficit of RON96bn (€19.8bn), or 9.1% of the year's GDP, up from 8.6% of GDP in the previous revision adopted in August,  Finance Minister Florin Citu announced in a press conference.

The budget assumes a 4.2% GDP contraction, compared to 3.8% expected in August.

The third revision is visibly more optimistic than the European Commission's Autumn Forecast, which includes expectations for a 10.3% of GDP public deficit and 5.2% GDP contraction. However, the EC's forecast was drafted under the worst-case scenario, including all the social benefits (including a 40% pension hike) passed by the parliament.

For next year, the government targets a 7%-of-GDP deficit, Citu said.

Speaking of this year's budget, he expressed satisfaction with the revenues in the first ten months of the year, which were higher than in the same period last year.

He estimated that the full-year revenues would hit RON337bn or 32.2% of GDP, including the transfers from the European Union's budget.

The third budget revision means a public deficit some RON5bn wider than envisaged in August.

The Ministry of Development (RON1bn), agriculture ministry (RON1.1bn ), and health ministry (RON1.1bn) will get extra funds. Another RON1.2bn will go to the public healthcare insurance house (CNAS) to finance the additional costs for treating COVID-19 patients. Finally, the government's reserves, generally used for discretionary spending, were supplemented by RON1.1bn.

Meanwhile, the economy ministry and finance ministry lost some of the funds initially allotted to them.

FLOWX.AI, an enterprise platform that enables banks and financial institutions with complex IT infrastructures to build fast modern digital experiences freed from their legacy infrastructure, ... more

Romanian software solutions and cloud services provider Bento has announced that it is going to list on the Bucharest Stock Exchange's (BVB's) AeRO market by the end of the year. The AeRO market ... more