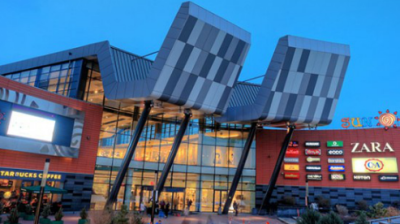 The growth is softer than the robust advance in the final quarter of last year and roughly one-tenth of the double-digit growth rate posted in the same period last year — but certainly good news under the current circumstances.

The overall growth underestimates consumer sentiment since it is still dragged down by subdued (-7.5% y/y) fuel sales as an effect of mobility constraints and remote work.

In contrast, the volume of non-food sales increased more robustly by 6.3% y/y in the first two months of the year (+7.1% y/y in February).

The volume of food sales increased in line with the average, by 1.4% y/y in January-February.

However, retail sales growth has lost momentum compared to the last quarter of 2020, when the index advanced by 3.8% y/y, and 10.2% y/y on the non-food sales segment.

One of the drivers behind more moderate sales growth after January 2021 is households' conservative income expectations.

Wages still increased by a real rate of 3.4% y/y in January, but expectations are rather pessimistic in both the private and public sectors. The state forecasting and strategy body CNSP projects a 2% real advance in net wages this year, half of last year's 4% advance.

Russia's consumer price inflation in March 2021 posted 0.7% month on month and 5.8% year on year (versus 5.7% y/y in February and 5.2% y/y in January), according to the latest data from RosStat statistics bureau.

The seasonally adjusted IHS Markit Russia Services Business Activity Index jumped to a seven-month high of 55.8 in March, up from 52.2 in February, the consultants said in a press release on April 4.

Minor outflows from Russian equity and bonds, despite talk of war with Ukraine
2 days ago
Labour demand rebounds in Croatia
4 days ago
Slovenia’s blue-chip index at its highest level in over a decade
4 days ago
Russia's inflation seen peaking at 5.8% in March
5 days ago
Russian services PMI jumps to seven-month high in March
6 days ago