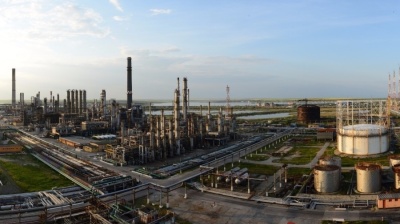 Romanian chemical holding Chimcomplex, founded and controlled by local businessman Stefan Vuza, announced on December 16 some of its projects, including plans to take over the country’s biggest refinery Petromidia (including a petrochemical platform) that will be financed from bonds to be issued with the help of Rothschild & Cie.

Chimcomplex recently published the development strategy for 2021-2030, which envisages the integration of all activities under the umbrella of CRC (Romanian Chemical Company), the group to be structured into eight divisions.

Chimcomplex announced that it completed preliminary studies and it is going to include in its development strategy some partnerships and possibly the takeover of Rompetrol (KMG International). A proposal regarding the takeover of Rompetrol, which owns the largest refinery in the country, a smaller refinery and a petrochemical platform, will be submitted in the first part of 2022, according to a company note to investors.

Rompetrol Rafinare, the operator of Petromidia and Vega refineries, has a market capitalisation of RON1.9bn (€400mn) on the stock exchange. Kazakh group KMG owns 48.1% of the company.

Since the beginning of 2021, CHOB shares soared by 890% as results came in above investors' expectations. The company's capitalisation is about RON5.5bn.

85.35% of the company is indirectly controlled by Vuza through CRC Alchemy Holding, based in Amsterdam, while the Romanian state, through the State Assets Management Authority, holds almost 9% of the share capital, according to Bucharest Stock Exchange (BVB) data.

Separately, Chimcomplex announced that the European Clean Hydrogen Alliance selected for further review three projects it had submitted under the GreenComplex strategy aimed at the production of hydrogen, industrial hydrogen (as a raw material) and fuel hydrogen (for heating). To finance the projects, Chimcomplex will issue bonds in the first part of 2022. The company has already selected Rothschild & Cie for advisory services.

On the occasion of its third Hydrogen Forum, the European Clean Hydrogen Alliance published a pipeline of projects that European industry is undertaking to create the European hydrogen economy on a large scale. It features more than 750 projects across Europe that range from clean hydrogen production to its use in industry, mobility, energy and buildings.

Parliament passes tenth amendment to the constitution, giving the radical rightwing government the power to declare a state of emergency in the case of an armed conflict.

The US won’t extend the General Licence 9A (GL9A), which has allowed the Russian state and its companies to make debt service payment in dollars to international investors.

Currency breaches 16/$ threshold. Real interest rate at minus-56% is lowest in the world. Markets don’t dare hope that will change at May 26 rates meeting.

Sofia is under pressure to allow Skopje to start EU accession talks by the end of June, after a veto imposed for the first time two years ago, but Bulgarian officials are not sending promising signs.

Hungarian government declares another state of emergency
20 hours ago
Russian bond defaults could soar after US lets payment exemption expire
20 hours ago
Lira drags Turkey further down road to hell
1 day ago
No progress in talks between Bulgaria, North Macedonia on lifting veto on EU accession talks
1 day ago
Former Moldovan president Dodon detained in treason and corruption case
1 day ago