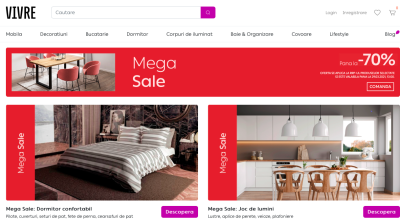 Romania-based Vivre Deco, one of the largest online home and decor retailers in Central and Eastern Europe (CEE), is preparing to issue a new series of bonds on the Bucharest Stock Exchange (BVB).

It plans to raise up to €7mn, twice the amount it got from a similar private placement a year ago that was also listed on the BVB.

The company is the first business in the e-commerce sector that listed euro-denominated bonds on BVB.

The company, launched in 2012 by a group of local entrepreneurs, now operates in nine markets in the region — Bulgaria, Croatia, the Czech Republic, Greece, Hungary, Poland, Romania, Slovakia and Slovenia.

"The Ebitda margin more than doubled from 2019, when it reached RON6.86mn," the company's report reads.

Tirana agrees with US-based Satellogic USA Inc. to develop a dedicated satellite constellation that will enable satellite monitoring of the country’s territory.

Cutting off Instagram has put around 400,000 businesses “at risk of annihilation”, says analyst.

Deal will help Alten strengthen its presence in Romania and the broader Central and Eastern Europe region.

Earlier this month ffVC, an international VC firm comprised of several funds in the US and Europe, announced the launch of a new fund exclusively dedicated to Ukrainian founders and startups.