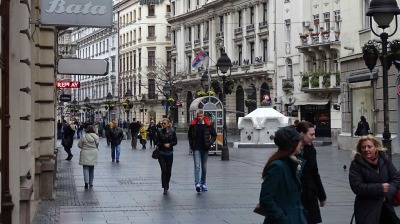 Instant Factoring, a major Romanian micro-financing platform providing factoring services to small and medium sized enterprises, announced that it is expanding in Serbia.

The company aims to serve 1,000 small businesses in Serbia and extend more than €10mn in financing in the first year of operations. The potential of the Serbian market, as revealed by the growing amount of outstanding invoices and late payments, is increasing, the company explained.

“We purchase receivables that are not overdue, and the money reimbursed accounts for 100% of the value written on the invoice, in a maximum of 24 hours, minus a factoring fee," states Marija Grujovic, managing director of Instant Factoring Serbia.

The maximum value of invoices that can be financed through Instant Factoring amounts to €100,000.

There are currently 92,257 micro-enterprises, 11,617 small companies and 114,721 licensed entrepreneurs operating in Serbia. Even before the COVID-19 crisis, the average bill payment period in Serbia was 135 days, and there is now a trend of increasing the number of days of delay.

The total value of invoices financed by Instant Factoring, which has operated for three years on the Romanian market so far, exceeds €55mn, out of which €30mn this year alone.

The Romanian company will provide services to small business owners and SMEs in Serbia, “who will have the opportunity to collect unpaid bills in just 24 hours by using the service of invoices financing developed by Instant Factoring.”

This segment of smaller companies, which accounts for 87% of the total number of companies in Serbia, is not sufficiently addressed by the banks in terms of factoring services, the Romanian fintech player explained.

Instant Factoring was founded in October 2018 by a group of Romanian entrepreneurs with experience in financial services, software development and investment banking services.

It quickly became the market leader in Romania in the sector of alternative invoice financing. Since its launch, Instant Factoring has attracted several rounds of capital totalling over €5mn from private investors, but also from investment funds in the US, UK and Romania.

evoMAG raises its first major funding in 17 years as it pursues expansion in Romania and abroad.

Deal to accelerate SeedBlink's coverage as a pan-European player, broadening its geographic footprint in CEE and Benelux.

Online shopping has become increasingly popular in Serbia, even though the market lags behind Central and Western Europe.