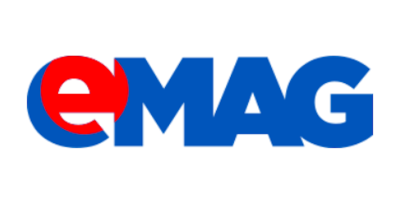 Romania's largest online retailer, eMAG, has announced the opening of its first showroom abroad in Budapest.

This year, it plans to open three more showrooms in Hungary and reach a turnover of €300mn in the country. eMAG's sales target in Hungary is €1bn in five years.

With the marketplace it operates, eMAG will facilitate other retailers' access to the Hungarian market as well.

In March 2019, eMAG Hungary and Extreme Digital announced their merger, which led to the consolidation of eMAG's leading position in the country and region.

"This is one of the most important projects developed so far by the eMAG Hungary and Extreme Digital teams, after last year's merger, with the support of colleagues from Romania," said Tudor Manea, vice president of eMAG Romania, Bulgaria and Hungary.

Located in central Budapest, the first eMAG showroom outside Romania offers customers access to the latest electro-IT products such as mobile phones, tablets, TVs, small appliances, and personal care products, toys, and accessories. Customers will be able to pick up orders placed online from the showroom. eMAG Hungary will also inaugurate 100 pickup boxes by next Black Friday, of which 50 will be operational by September.

Russia’s Yandex beats off the largest DDoS attack in history

The international listed Russian tech giant Yandex said it beat off the largest distributed denial-of-service (DDoS) hacker attack in the history of the internet.

Russian tech exports up threefold since 2018

Russia’s earnings from tech exports have jumped more than threefold over the last two years, according to a new report from Moscow’s Higher School of Economics (HSE), reports East-West Digital News (EWDN).