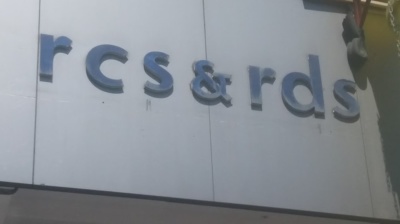 By Iulian Ernst in Bucharest January 6, 2020

RCS&RDS, one of the largest telecommunications operators in Romania, is preparing to launch one or more bonds totalling up to €1bn in 2020, as reported by Profit.ro.

The company, indirectly controlled by local investor Zoltan Teszari, has financed its sharp expansion over the last few years by aggressive borrowing at the cost of the high leverage which is seen by investors as posing significant risks.

The group is currently in talks on taking over the mobile telecommunication operations of Deutsche Telekom in Romania. Other potential buyers for the operations include France’s Orange, PPF Group and United Group.

In December, RCS&RDS also reached an agreement to use the networks owned by Romania’s largest local independent cable operator Digital Cable Systems (operating under the AKTA brand) and AKTA Telecom — with the assets to be purchased later pending a more complex procedure. The operations need to be approved by the Competition Council, as RCS&RDS already holds close to 50% of the local market for such services.

In August 2019, Digi Communications, the main shareholder of RCS&RDS, borrowed €150mn from a bank syndicate, after issuing €200mn worth of new bonds on the Irish Stock Exchange on top of an existing €350mn issue.