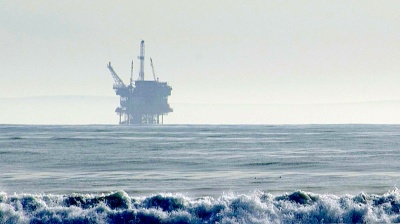 Romanian state-controlled gas producer Romgaz, backed by the government, is the only bidder for the 50% stake held by the US group ExxonMobil in local offshore gas perimeter Neptun Deep, reported Ziarul Financiar daily.

Romgaz confirmed on March 31 that it sent a binding offer to ExxonMobil for 100% of its local subsidiary ExxonMobil Exploration and Production Romania, according to a note sent to investors.

ExxonMobil’s partner in the Neptun Deep project is the Romanian group OMV Petrom, controlled by the Austrian group OMV.

While a deal is becoming increasingly likely, it remains unclear which of the two partners will manage the project. Romgaz should, in principle, "inherit" the role from Exxon, but some question its experience in offshore projects. Energy Minister Virgil Popescu recently stated that Romgaz could manage the project.

Sources familiar with the deal hinted that the Romanian state-owned company would be given the leading role in the project for political reasons — to gain the support of the Social Democrat (PSD) opposition that is in principle more supportive of state-owned, national enterprises.

However, some experts have expressed concerns about the pace of development of the project should Romgaz would take over as the operator, reported Ziarul Financiar.

Romgaz is the most valuable state company listed on the Bucharest Stock Exchange, with a market capitalisation of €2.58bn.

The company has the government’s backing for the acquisition, as the local authorities want to start the extraction of natural gas from the Black Sea as part of the country’s strategy to transition to less-polluting energy sources and close coal power plants.

Romania’s government wants to use the country’s natural gas reserves as a “transition fuel” though it first needs to unlock the offshore projects in the Black Sea by amending the Offshore Law, according to Dumitru Chisalita, the president of the Smart Energy Association. Amendment of the law could start within a few weeks, and putting Romgaz in charge of Neptun Deep is expected to make the opposition PSD more inclined to back the changes.

Under the baseline scenario sketched by the authorities, Romania will retrofit its coal-fired power plants to burn natural gas and will connect another 1.8mn households to the natural gas network.

National gas transport system operator Transgaz estimates that Romania's gas consumption, which is currently 11bn-12bn cubic metres per year, could increase even more, by 8bn cubic metres. Some 4.4bn cubic metres would be generated by connecting the population to the gas grid and the rest from commissioning new cogeneration capacities.

Under this scenario, the natural gas projects in the Black Sea must go ahead as planned, or Romania will become dependent on gas imports from Russia, Chisalita concluded. Romania became the second-largest gas producer in the European Union after the United Kingdom left the bloc.