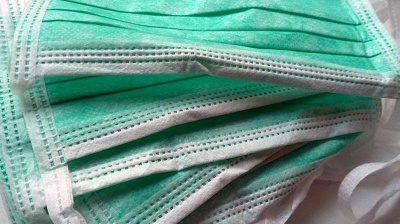 The pressure to secure urgently supplies of personal protective equipment (PPE), ventilators and other equipment for hospitals, often under speeded-up procedures, as the coronavirus (COVID-19) pandemic spreads has opened up new opportunities for corruption.

A series of scandals have already broken in Southeast and East European countries Bosnia & Herzegovina, Romania, Slovenia and Ukraine, and more are likely to follow.

In Slovenia, Economy Minister Zdravko Pocivalsek and other officials from the ministry have been accused of interfering in the procurement of PPE during the pandemic.

Ivan Gale, a senior employee of the Commodities and Reserves Agency, said in a TV show broadcasted by RTV Slovenia that Pocivalsek had personally intervened in favour of an €8mn ventilator contract with the company Geneplanet, news agency STA reported. €8mn is equal to 150% of the company’s 2018 income in Slovenia.

A recording of a phone call between Pocivalsek and a representative of the agency was played on the programme, in which the minister provided guidance on how the contract should be handled. Pocivalsek has denied any wrongdoing.

After Gale’s revelations, criminal investigators visited the premises of RTV Slovenia to search for documentation and recorded tapes.

The deal with Geneplanet was just one of numerous agreements worth around €80mn in total signed by the government at the end of March that bypassed open tender procedures, the Organized Crime and Corruption Reporting Project (OCCRP) said in early April.

Meanwhile, reporters from OCCRP’s Slovenia Centre for Investigative Reporting (Ostro) discovered that the largest of these deals, decided in an opaque one-day bid, benefits a powerful local businessman, Joc Pececnik, who is involved in the gambling, electronics and real estate businesses, but with no previous involvement in healthcare.

According to OCCRP, Slovenia’s government signed a €25.4mn deal with Public Digital Infrastructure company on March 26 to provide protective equipment for coronavirus (COVID-19). The firm is wholly owned by Dutch company Elektroncek Group, controlled by Pececnik, one of the richest men in Slovenia.

Transparency International (TI) Slovenia has urged the authorities to examine the procedures, set up a viable procurement system for crisis situations, as well as to protect whistleblowers. The revelations “raise so many doubts about the expediency and correctness of the use of public funds that it is necessary to clarify these doubts as soon as possible,” said Dr Alma Sedlar, president of TI Slovenia, in a statement on April 24.

Specifically, Sedlar said the developments show that Slovenia does not have adequate mechanisms in place to make the necessary purchases during a crisis.

“Putting responsibility on bodies with no experience or staff, setting up ad-hoc groups, engaging pro bono advisers and similar approaches all dangerously increase the risk of corruption. Without established procedures, the possibility of unethical influences and informal pressures is high,” commented Sedlar. This doesn’t just waste public money, it also puts lives at risk, she warned.

Just days later a similar scandal broke in Bosnia, where the owner of a raspberry farm was contracted to supply 100 medical ventilators.

The import was carried out by the company owned by TV presenter Fikret Hodzic, Silver Raspberry, and was approved by Fahrudin Solak, chief of the Federal Civil Protection Headquarters for a price of BAM10.5mn (€5.4mn), which was paid directly from the Civil Protection Account of the Bosnian Federation, Sarajevo Times reported.

Jelka Milicevic, the finance minister and chairman of the Federal Civil Protection Administration’s staff, however, claims that no consent was given to purchase the equipment.

The State Investigation and Protection Agency (SIPA) now says it will check the deal, as the ventilators were allegedly purchased for more than double the normal price. The Bosnian prosecution and the Public Procurement Agency are also involved in the investigation.

This is not the only procurement scandal to have broken in Bosnia since the start of the pandemic. Other incongruous entrants to the medical procurement market, as reported by OCCRP, include a publishing company purchasing face masks for central bank staff and a tourist agency providing equipment to medical institutions.

Commenting on the Silver Raspberry scandal, OCCRP wrote: “The case … shows the importance of transparency during emergency situations, as everyone seems to be able now to become a medical equipment retailer overnight, which opens the door for irregularities.”

In Romania, a shipment of 1mn face masks that arrived in late March was eagerly welcomed. However, when healthcare workers started using the masks they said many of them simply broke when they tried to put them on.

Research by investigative journalism site RISE Romania revealed that the contract to supply both the masks and protective suits to strategic state healthcare supplier Unifarm was given to B.S.G. Business Select SRL, a previously dormant company that was taken over recently by Simona Ciulavu, who worked for Romania’s current Prime Minister Ludovic Orban when he was transport minister.

Ciulavu since became “romantically and financially involved” with a controversial Romanian police officer, former Commissioner Petru Pitcovici, who is being investigated in three trafficking cases, according to RISE.

She took over B.S.G. just as the World Health Organisation declared a coronavirus pandemic, “and a few days later she was already intermediating an order on behalf of Unifarm, marking a profit of hundreds of thousands of euros,” said RISE’s report.

Romania, sadly, is no stranger to healthcare procurement scandals. The tragedy of the Club Colectiv nightclub fire back in autumn 2014 was compounded by the infections contracted by many of the victims who later died in hospital, approximately doubling the death toll.

A few months after the Colectiv scandal brought down prime minister Victor Ponta’s government, a journalistic investigation by Gazeta Sporturilor newspaper revealed that sub-standard disinfectants supplied by Hexi Pharma to most Romanian hospitals possibly contributed to the deaths of the Club Colectiv victims. Hexi Pharma owner Dan Condrea committed suicide the day before he was due to speak to prosecutors, leaving many questions unanswered.

Unlike the Bosnian raspberry farmer and the Slovenian gambling impresario, Kyiv-based manufacturing company Textile Contact at least had relevant experience when it was given the contract to supply 90,000 protective suits.

However, the health ministry decided to halt the UAH22mn (€715,000) contract, saying the suits were not up to European standards, and turned instead to a distributor that will import 71,347 suits from China for UAH35mn. This is around double the cost per item of the original contract.

Commenting on the health ministry’s decision to get involved in procurement, Anticorruption Action Center ANTAC board member Olena Scherban said it was a worrying development

“We are afraid that the return of purchases to the ministry will return former corruption schemes. Recent investigative reports have confirmed the continued misunderstandings of the Ministry of Health with numerous dealers who have previously been featured in corruption scandals in the ministry. Practice has shown that policy and strategy must be separate and procurement separate,” Scherban said.

Yemets became deeply unpopular after he called retirees “corpses” in a television interview, and argued the government shouldn’t spend money on saving the lives of people over 65 from coronavirus. But his dismissal came after he was accused by the liberal, pro-European Holos (Voice) party of engaging in corruption that they suspect slowed down the coronavirus response.

Specifically, Yemets has been accused by the head of the new state company Medical Procurement of Ukraine, Arsen Zhumadilov, of holding up medical procurements to force the state company to hire one of his close associates, Volodymyr Hryshkovets, who had a previous conviction for shoplifting, as reported by RFE/RL. In an interview with RFE/RL, Zhumadilov said he had been unable to do his job because of Yemets’ focus on getting Hryshkovets appointed as deputy director of the procurement company. Ukraine now has one of Europe’s largest coronavirus outbreaks, with 9,410 cases recorded as of April 28 according to the WHO.