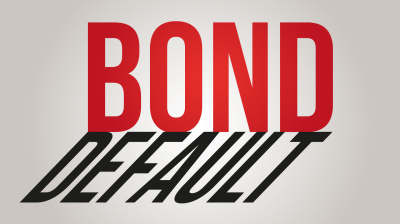 "Temporaty procedure" under which foreign sovereign dept will be paid in rubles. / bne
By bne IntelliNews June 23, 2022

Under the special presidential decree published on June 23 Russia has adopted a “temporary procedure” on the execution of foreign currency state liabilities, enacting a scheme under which foreign sovereign debt will be paid out in rubles.

This effectively enacts the “bonds-for-rubles” scheme similar to the controversial “gas-for-rubles” scheme enforced by President Vladimir Putin. As the payment for foreign currency bonds in rubles will likely trigger default events, the decree makes the Kremlin's acceptance of Russia's sovereign default official.

As followed by bne IntelliNews, as of May 27 Russia is back on a 30-day countdown to default only two days after the US Treasury decided not to extend its ability to service sovereign debt in US dollars as part of the sanctions for Russia's military invasion of Ukraine.

In addition to the US Treasury not extending the General Licence 9A (GL9A) licence, servicing of Russian debt is further complicated by the EU sanctioning the Russian National Settlement Depository (NSD) that has been central in the Finance Ministry's manoeuvring out of sovereign default.

The next default event is June 27 at the end of the grace period for Russia-26 and Russia-36 Eurobonds bonds. Previously the Finance Ministry was making efforts to beat the restrictions and deliver foreign currency payments to the bondholders, narrowly escaping a default only hours before the May 4 deadline.

Now all efforts to pay in foreign currency will be scrapped. Instead, under the new scheme, a special type "I" ruble account is opened at the Russian central depository for payments of Russian eurobonds as proved by the claims on the bonds registered in foreign depositories. The funds on the accounts will be indexed at the official exchange rate of the respective currency and the payments will be made in rubles.

The Bell notes on June 23 that the decree will technically allow the servicing of Russian sovereign Eurobonds without requiring access with Euroclear and Clearstream depositories, which now have no communications with the sanctioned NSD.

The bonds-for-rubles scheme will be most beneficial for Russian residents who hold Eurobonds, as they will be able to tap the payments in rubles through the NSD without accessing foreign depositories. The Bell estimates that resident bondholders (mainly Russian banks) account for nearly half of Russia's sovereign Eurobonds, or about $19bn.

However, it remains unclear how foreign bondholders will be able to repatriate their investment, and it also unclear whether the scheme will extend to federal OFZ bonds or corporate Eurobonds held by non-residents.

A similar scheme has recently been proposed by the Central Bank of Russia (CBR) that was looking for ways to unlock depository receipts on equity stuck in a limbo between the sanctioned NSD and foreign depositories.

Notably, while Eurostream and Clearstream are not going to cancel the registries for debt and equity that will be redoubled in Russia, it is not clear how these “double” claims will be accounted for in the future. A situation in which double entry for the same security circulates simultaneously on both the foreign and the domestic Russian market is possible.