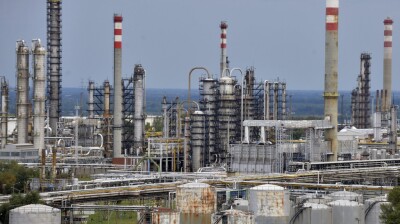 Russia has suspended oil shipments to Europe via Ukraine’s Druzhba pipeline, with its oil transport operator Transneft claiming that its Ukrainian counterpart Ukrtransnafta had been unable to receive transit fees due to Western sanctions.

The disruption in oil flow via the southern leg of Russia’s Druzhba (which means “friendship” in Russian) oil pipeline system that runs through Ukraine will put further pressure on European energy markets, which are already grappling with soaring costs and the risk of fuel shortages. The cut-off will hit the Czech Republic, Hungary and Slovakia hardest, as they rely heavily on imports via the Druzhba pipeline.

At the time of writing Czechia is still not receiving oil from Russia as the payment dispute has not been resolved.

Russia has similarly blamed sanctions for disrupting natural gas deliveries via the Nord Stream pipeline, claiming that the measures are preventing the return of equipment sent off for international repair, including a Siemens turbine that remains stuck in transit in Germany.

Transneft said on August 9 that supplies had been halted on August 4, but noted that the suspension had no impact on oil supplies via the northern leg of Druzhba that passes through Belarus to Poland and Germany. Ukrtransnafta has not yet commented on the matter.

According to Reuters, both Hungarian oil giant MOL and Slovak pipeline operator Transpetrol have confirmed the disruption. MOL said it had reserves of oil to last several weeks and was working on a solution. This week MOL and its Slovak unit Slovnaft said they had offered to pay the transit fees on Transneft's behalf to Ukrtransnafta.

Hungary has already had to implement fuel rationing because of domestic shortages, amid general tightness on the European market, exacerbated by fuel price caps that the government has introduced.

In its statement, Transneft said that it made payments to cover oil transit in August to Ukrtransnafta, but that the money was returned on July 28 after the payment failed to go through. Gazprombank, which handled the payment, informed Transneft that the payment had been rejected because of EU restrictions, the pipeline operator said.

Under new EU sanctions, European banks must receive approval from a relevant government authority instead of deciding on their own whether to enable a transaction, and this has complicated the payment process.

Meanwhile, a repaired Siemens turbine that Gazprom has claimed needs to be returned to operate the pipeline properly has remained in the German port of Muelheim der Ruhr. As a result, Nord Stream’s capacity has been limited to just a fifth of its capacity, the Russian company claims.

Germany’s government has said all the paperwork is in place to allow the return of the turbine to Russia and blames Gazprom for delaying the delivery. But Gazprom insists that sanctions still make its return impossible.

The stoppage will reduce oil flows to Europe at a time when the volumes of oil exports from Russia had just recovered to pre-war levels, according to European Central Bank’s latest economic bulletin.

In Europe, seaborne Russian oil exports recovered to 2021 average levels in early July after falling 15% in March, with demand driven by a deep discount on the Russian Urals blend, according to the ECB.

However, the discount on Urals of around $35 to the benchmark Brent blend is now falling and is currently closer to $10, reports Kommersant and that is having an effect on demand. Exports to both China and India have slowed in the last month, according to reports.

A reduction in oil exports to Europe will negatively affect the Russian budget. Gas export tariffs fell sharply in June after Gazprom reduced flows of gas to Europe by 60% but oil revenues remain extremely strong. Russia’s budget is currently running a surplus of 0.5% of GDP, but Russian Finance Minister Anton Siluanov said in April that most of the state support spending for the economy will come in the fourth quarter and he expects Russia to have a deficit of some 2% by the end of the year – an amount that can easily be covered by reserves in the National Welfare Fund (NWF). Thanks to the strong oil revenues other economists believe that Russia’s deficit at the end of the year could be less than 2%.