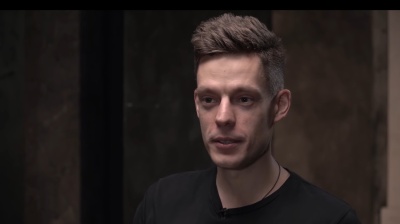 The Russian Justice Ministry’s ever-growing list of so-called ‘foreign agents’ expanded once again, including one of the country’s most popular YouTubers, Yury Dud.
By Jonny Tickle April 20, 2022

The Russian Justice Ministry’s ever-growing list of so-called ‘foreign agents’ expanded once again last Friday, this time adding nine people, including one of the country’s most popular YouTubers, Yury Dud.

The decision to add more people to the list is Russia’s latest step in its crackdown against free media, this time targeting a well-respected blogger and documentary maker. Dud joins over 100 other prominent figures, including the rapper Face and members of the feminist punk-rock collective Pussy Riot. The designation essentially makes it impossible to work inside Russia, as companies risk backlash for collaborating with a so-called foreign agent.

Dud, a long time critic of the Kremlin, has become a household name in recent years and is one of a handful of online stars to translate their celebrity into the mainstream.

Discussions with the likes of opposition figure Alexey Navalny, exiled oligarch Mikhail Kordokhovsky and controversial socialite Kseniya Sobchak – all of which garnered more than 17 million views – have thrust Dud into the limelight, enabling him to snag parts in numerous advertising campaigns for the likes of Alfa Bank and Head & Shoulders.

However, with his latest antiwar statements, Dud appears to have caused the government to lose its patience with the country’s most respected influencer.

Writing on Instagram on February 22, two days before President Vladimir Putin declared war on Ukraine, Dud openly criticised the seemingly inevitable decision, and call his post  "written proof" that he can show his kids in the future that he "did not choose this regime and did not support its imperialist rage."

In the two months since, Dud has repeatedly spoken against the war and interviewed a Russian couple in Hungary helping Ukrainian refugees. The video now has 6 million views.

Despite being openly against numerous government decisions, Dud had essentially been tolerated for several years. In 2019, he used a speech at the GQ Man of the Year wards in Moscow to ask the star-stuffed crowd to speak up about political repression and election fraud. Two years later, in January 2021, he came against the jailing of Alexey Navalny, calling it “lawlessness”.

While the authorities have allowed Dud to voice dissent for a few years, opposition to the invasion of Ukraine is seen as a red line, and far more significant than supporting an opposition figure. In today's Russia, where nobody can oppose the war without backlash, it is increasingly clear that anyone with any shred of influence will be targeted for any form of dissent.

Serbia is an emerging high-tech hub that is especially strong in blockchain and game development.

Grouper was set up as a startup by North Macedonia’s ex-finance minister Nina Angelovska in 2011.

French e-gaming company 52 Entertainment aims to improve its regional capabilities in board and card games.

Bucharest sweetened terms for telcos building 5G networks in Romania, but companies will no longer get preferential electricity prices.