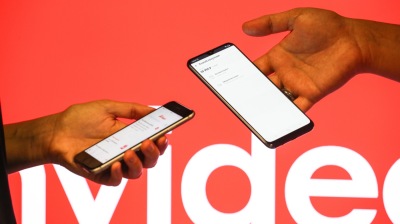 Russia's online retail business has been growing five times faster than the real economy in recent years, but the gap has shrunk as the real economy bounces back and e-commerce matures.
By bne IntelliNews November 26, 2021

The volume of Russia’s e-commerce trade is expected to slow to 10% in 2021 after it expanded by the pandemic lockdown bump of 59% in 2020, Russian Online Retail Association (AKIT) President Artyom Sokolov told Russian newswire PRIME.

“In 2021, the e-commerce advance in the country was smooth, stable from month to month. The January–September results of RUB2.41 trillion [$322bn] are slightly above the same period of 2020 of RUB2.34 trillion,” Sokolov said as cited by PRIME.

Russia’s e-commerce was already booming before the epidemic struck, but an enforced lockdown that started in April 2020 that prevented people leaving the house and ordered them to minimise social contacts led to a major fillip for the burgeoning online retail business.

“A year ago there were several months of lockdown in the period when e-commerce was the only channel of almost the whole non-grocery retail for a long time, and, as a consequence, we saw abnormally high demand for goods on the internet. The figure of RUB2.41 trillion proves clients’ interest to the online channel – the patterns of the buyer behaviour that emerged during the tough restrictions in brick-and-mortar retail imposed due to the COVID-19 pandemic stay in force after their relief,” Sokolov added.

Russia’s online business has been growing at five times the rate of the real economy, but that growth is starting to slow now and the gap is also being closed at the real economic growth picks up as part of the post-COVID bounce-back.

The Russian economy grew 4.3% year on year during the third quarter, but the post-coronavirus recovery is almost over, say economists. “The solid 3Q21 figures were likely due to the still strong but waning momentum in retail and wholesale trade, manufacturing, and freight and passenger turnover,” Sova Capital said in a note.

At the same time, retail sales in the real world surged 5.6% y/y in September of 2021, accelerating from a 5.3% increase in the previous month, above market expectations of a 3.8% rise.

Nevertheless, online retail has still become a major driver of consumption and analysts say the pandemic has caused a permanent change in the way Russian retail works. Local online sales accounted for 86%, or RUB2.07 trillion ($26.8bn), but its share of overall retail trade has fallen by about one percentage point in the last year.

“In January-May, we saw stably falling volumes of cross-border trade, by 30% on average. There was a noticeable rise by 50-70% in July-September, but the cross-border market still failed to regain the position it lost with the breaking of the logistics chains due to the lockdowns,” Sokolov told PRIME.

“In January-September, the share of online in total retail stood at 8.5%, but it will change by the end of 2021. It may beat the 2020 record of 9.6%. It can be explained not only by the new restrictive measures, which certainly boost e-commerce, but November and December are the traditionally high season in retail with sales and preparation for the New Year holidays,” he told PRIME.

The boom in online retail in Russia has been fuelling a spate of IPOs as the major players list on domestic and international exchanges to raise further investment capital. Top five e-commerce site Ozon IPO in December 2020 was initially launched with the hope of raising $500mn but demand was so big the flotation raised a total of $1.2bn. In general Russia has been enjoying an IPO boom for move than a year, although recent burgeoning geopolitical tensions may have closed the window for further IPOs for the meantime.

Meanwhile the leading players continue to report strong sale volume growth, although not all the leading companies are actually in profit.

The Russian subsidiary of the Chinese e-commerce site AliExpress gross merchandise volume (GMV) increased by 36% on the year to RUB133.3bn in April–September, excluding services, AKIT reports. By the end of September, the turnover of the company’s local business accounted for more than a third of the total turnover.

Likewise, Ozon said the company’s GMV leaped by 145% on the year to RUB108.3bn in July-September, including services. The number of orders rocketed by 239% to 56.2mn.

The turnover of Russia's largest e-commerce player Wildberries in the children’s goods category surged by 54% y/y in 9M21 to RUB74bn ($1.04bn), the company reports. As followed by bne IntelliNews, Detsky Mir retailer faces increased rivalry with Wildberries in online sales, the fastest-growing segment of Detsky Mir.

In 1H21 three largest Russian e-commerce marketplaces Wildberries, AliExpress and Ozon controlled 34.3% of the market, which is 10 percentage points higher than for the same period of last year, RBC business portal reported citing the data of InfoLine Analytics. As of the end of 3Q21 the share of top three players had expanded further to 36.5%.

As followed by bne IntelliNews, it was already suggested that the "big four" Russian e-commerce operators AliExpress Russia, Wildberries, Ozon and Beru are set to outgrow the market and face imminent market consolidation, while internet major Yandex is also emerging as highly competitive e-commerce contender.

In 2020 the three largest e-commerce marketplaces were Wildberries (RUB437bn), AliExpress Russia (RUB229bn) and Ozon Holdings (RUB197bn). In the meantime, InfoLine estimates that Ozon has already beaten AliExpress in 4Q20 in terms of turnover.

In comparison to Europe and Asia, Russia’s Internet retail is about five years behind the other countries, Sokolov said.

“Taking it and online volumes in other states into account – 32% of total retail in the UK, 27% in China, and 14% in the US, the Russian e-commerce market has one of the highest growth potentials,” the AKIT chief said.