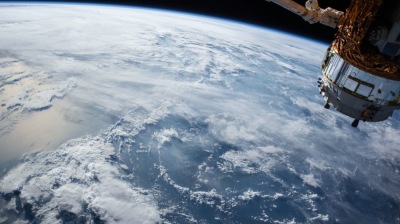 Leading Russian mobile phone operator MegaFon is investing in a project that will provide data access to on-the-ground users from low-Earth orbit satellites.

MegaFon plans to invest RUB6bn ($75.6mn) over the next two years into research of the new technology and has set up MegaFon 1440, an R&D company, to carry out the work. The goal is to provide high-speed data access from space so that it can reach a wide geographical area using a satellite network.

The number 1440 in the company name is a reference to Russian Sputnik-1, the first ever Soviet-era satellite, which orbited the earth exactly 1,440 times.

Senior managers of YADRO, a leading Russian computing systems developer, will head up the project, which will also involve specialists from MegaFon. Both MegaFon and YADRO are part of USM, a diversified holding group founded by Russian billionaire Alisher Usmanov.

Alisher Usmanov has a long history of successful investments in the technology sector, including shareholdings in some of the fastest-growing high-tech unicorns. He made billions of dollars from investing in Facebook well ahead of the company’s IPO and has set up, or invested in, a wide variety of businesses in Russia.

The ambition of the MegaFon 1440 project is to move beyond the current terrestrial networks and provide a planet-wide network from space that is accessible even in the most remote locations.

“The research office will focus on building an efficient economic model and technological base for satellite systems, developing prototypes of equipment – both satellites themselves and infrastructure solutions for implementing the technology in the mass market – and testing them on the ground and in space,” MegaFon said in its statement.

MegaFon boasts substantial technological experience and Russia’s mobile phone companies are world class, having invested in state-of-the-art equipment as they battle for market share in the highly competitive domestic mobile phone market, which is the largest in Europe. The telecoms sector was the first to be fully reformed during Boris Yeltsin’s presidency and is arguably the most modern part of Russia’s economy today, on a par with that in the developed markets.

MegaFon is one of Russia’s big four mobile phone providers, alongside VEON (formerly Vimpelcom that operates under the brand Beeline), Mobile TeleSystems (MTS) and Tele2. MegaFon was the first company to introduce 3G and 4G services in Russia, and the first in the world to launch an LTE Advanced network as a commercial operation. Its services are used by 75.4mn customers today and it is the leader in terms of the number of Internet of Things (IoT) devices serviced in the country.

Among MegaFon’s other telecom’s infrastructure projects is “Arctic Connect”, a large-scale project to lay an underwater fibre-optic communication line from Europe to Asia along the ocean floor in the Russian Arctic zone, with a total investment of approximately RUB70bn ($1bn), the company said.

Alexey Shelobkov, CEO of MegaFon 1440, said: “Our goal is to apply the experience and approach of the technology industry to the aerospace industry.”

He added that in two years MegaFon will have to resolve how to develop a model that will make the use of low Earth orbit satellites for data transmission cost-effective. For this, he says, they will focus on reducing the cost of manufacturing satellites and ground equipment. The project also aims to attract a wide pool of experts and investment partners and “the best talents from different fields… We expect to launch the first orbital missions of satellites from MegaFon 1440 within five years," promised Shelobkov.

Gevork Vermishyan, CEO of MegaFon, said he believes in the future of hybrid orbital-terrestrial telecommunication networks, which will provide high-speed communication services throughout Russia regardless of the user’s distance or terrain.

“This makes them in high demand not only for development in distant regions of the country, but also for the use of new generations of communication technologies, as well as the integration of IoT solutions for all sectors of the real economy in the country,” he said.

Today land-based communications cover approximately 35% of Russia’s territory. Laying fibre-optic cables to remote locations is prohibitively expensive, according to Vermishyan. Building an orbital network would be significantly more cost-efficient in the development of truly national network coverage. MegaFon aims to create a satellite system that provides high-speed data transmission of 50 Mbps to 1 Gbps for end-users.