Russia's population policy action plan to 2025 about to start 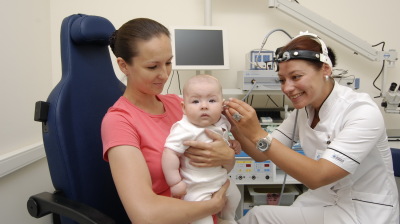 The Kremlin is about to launch its population action plan designed to address the demographic decline. While previous programmes have been very successful, thanks to the 1990 crisis the problem is too big to be solved completely. / wiki
By bne IntelliNews November 12, 2021

The action plan for Russia's population policy program until 2025 is about to start. The plan is the final step in the population policy guidelines adopted by President Putin in 2007. In addition to the measures for the whole population, the measures at the current stage are aimed in particular at families with children but also at the elderly, Bank of Finland Institute for Economies in Transition (BOFIT) reports.

“The most concrete are the targets for social benefits, which focus on families with children. The aim is to slightly increase the number of families receiving childbirth allowances from the current just under 2.5mn. This is mainly due to an increase in the number of recipients of one-off maternity benefits, which currently stands at just over one million. The aim is also to make it easier to apply for child benefits and to grant benefits without an application procedure to cover 60% of families with children,” BOFIT said in its weekly update.

As bne IntelliNews reported in the feature “Putin’s babies” Russian President Vladimir Putin has put dealing with Russia’s demographic crisis at the top of his agenda since his first day on the job. The Kremlin successful reversed the demographic decline in the last decade and stabilised the population size. However, more recently as the demographic dent caused by the chaos of the collapse of the Soviet Union in the 1990s hits the curve the population has started to fall again.

The new policies are a continuation of the former efforts to boost the birth rate and protect new borns. The aim is to reduce infant mortality to 0.45% by 2024. The plan also pays attention to the development of quality requirements for kindergarten care for children under school age. Families with at least three children are to receive free land equipped with the technical infrastructure needed for housing. The aim is to reduce the number of maintenance recovery cases in the legal system, BOFIT reports.

As part of the demographic recovery plan the Kremlin has also focused on public health issues. Alcohol sales at night have been restricted and a move to a more healthy diet is being promoted to good effect. The aim is to reduce the proportion of smokers in the population to 26% by 2025 and alcohol consumption to 8.5 liters (calculated as 100%) per capita by 2025. Booze sales remain the fourth largest item in the average shopping basket.

The population of Russia began to decline in 2019, shortly before the corona epidemic. Natural population growth turned positive in 2013, but has remained negative again since 2017. The number of births and the proportion of the population has also been declining almost steadily since 2017. Birth rates have fallen sharply since 2017 (among women aged 15-49). The death toll has been declining for a long time, although the corona pandemic naturally reversed, BOFIT reports.

Russia's baseline population forecast for the winter of 2020, which runs until 2036, is projected to decline from the current 146mn to 143mn, but to 134mn in the weaker scenario. The number of births is expected to start rising around 2030. The fact that the assumptions about net immigration differ considerably from the forecast options is also quite significant.

bneGREEN: Is coal killing us all?
Kyrgyzstan's Peak Putin becomes a case of 'pique Putin' as protesters plant Ukrainian flag atop mountain
Nine out of 10 Russians oppose concessions in exchange for end of sanctions

Since mid-April, Russia has focused on capturing the Donbas. In the last week it seems as if Ukraine’s leadership is preparing the nation for a major defeat.

Russia seeks ‘new Mariupol’ in the Donbas
1 day ago
EU’s credibility on the line over enlargement
2 days ago
Explainer | Why Tajikistan’s Pamiris don’t trust their government
3 days ago
Meet the latest Russian tycoon to be promoted to the Premier League
3 days ago
Ruble falls to below RUB60/$1, putting pressure on the Russian budget in 2022
3 days ago